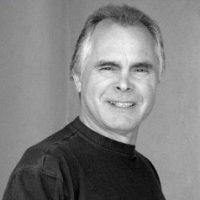 William Acheff was born in Anchorage, Alaska, of Georgian, Russian, Scottish, Dutch, and Athabascan Indian ancestry. His artistic passion was kindled while living in the San Francisco Bay area when, at age twenty-two, he studied with artist Roberto Lupetti and moved into his own studio. Restless, he ventured to Taos, New Mexico, in 1971.

Acheff is especially admired for his trompe l’œil (fool the eye) technique, which gives a heightened sense of depth to his highly realistic still lifes of rich Native American artifacts of the past. Typically, he starts with an idea; then in his studio, he carefully arranges objects, which are often drawn from his own collection. The
Pueblo Indians of Taos have provided him with inspiring subjects to depict. “Artifacts and traditions of the past,” he explains, “seem to hold more mystical and aesthetic value than those of contemporary times.”