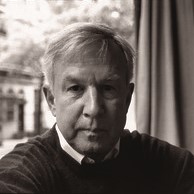 William Clutz: A leading contemporary American artist, William Clutz studied art at the Mercersburg Academy (1948-51), and at the State University of Iowa (1951-55). William Clutz lived and worked in New York City from 1955 to 1996. Most of his original graphic art has been published there by Brooke Alexander.

William Clutz’s first one man exhibition took place in 1954 when he was twenty-one years of age. Since that time his original prints, drawings and paintings have been exhibited at over twenty one-man shows in New York and at such major institutions as the Museum of Modern Art, New York, the Smithsonian Institute, Washington, as well as internationally in Berlin, Paris, and the Hague. His works of art are included in such major collections as the Chase Manhattan Bank, Harvard University, The Corcoran Gallery and the Museum of Modern Art, New York.

The art of William Clutz is most often concerned with humanity within the urban environment and his work is strikingly unique. Clutz has not worked in the graphic art field since the late 70’s, but has continued painting and working in other mediums of original art. Spring Street is one of the artist’s largest and most impressive lithographs. It was published in New York in 1978 in a very small edition of twenty-five impressions.