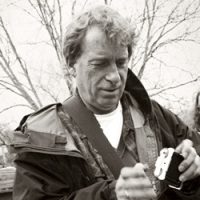 William Wegman was born December 2, 1943 in Holyoke, Massachusetts. He received a BFA in painting from the Massachusetts College of Art in Boston in 1965 and an MFA from the University of Illinois Champagne-Urbana in 1967. From 1968 to 1970 he taught at the University of Wisconsin in Wasau, Waukesha and in Madison. In the fall of 1970 he moved to Southern California to begin a one year teaching position at California State College, Long Beach. At these various universities, Wegman’s interest in areas beyond painting began to develop, ultimately leading him to photography and to video. It was in Long Beach that he got his dog, Man Ray, with whom he began a long and fruitful collaboration. Man Ray, known in the art world and beyond for his endearing deadpan presence, became a central figure in Wegman’s photographs and videotapes. In 1972, Wegman and Man Ray moved to New York and continued a collaboration that was to last for twelve years.

In 1986 a new dog, Fay Ray, came into Wegman’s life and soon thereafter another prolific collaboration began, marked by Wegman’s extensive use of the Polaroid 20 x 24 camera. With the birth of Fay’s litter in 1989, Wegman’s cast grew to include Fay’s offspring: Battina, Crooky and Chundo. Since then four new dogs have joined the family; Battina’s son Chip in 1995, Chip’s son Bobbin in 1999, Candy in 2000 and Candy and Bobbin’s daughter Penny in 2004.

Out of Wegman’s involvement with this cast of characters grew a series of books inspired by their various acting abilities. The first of these books, “Cinderella”, starred the ingenue Battina as Cinderella, Fay as her evil stepmother and Chundo as the ever valiant Prince Charming. Since then, Wegman has published a number of children’s books based not only on classic tales but also on stories of his own invention. These books include “Little Red Riding Hood”, “Mother Goose”, “Farm Days”, “My Town”, “ABC”, “Circle/Triangle/Square”, “Surprise Party”, and “Chip Wants A Dog” (all Hyperion). Wegman has also published a number of books for adults such as “Fay”, the story of his life with Fay Ray, “Puppies”, a tale of all the litters to date (both Hyperion) and, in the fall of 2002, “William Wegman 20 x 24″ (Abrams), a photographic survey of almost thirty years of Wegman’s work with the 20 x 24” Polaroid camera.

Wegman has created film and video works for Saturday Night Live and Nickelodeon and his video segments for Sesame Street have appeared regularly since 1989. His videos include “Alphabet Soup,” “Fay’s Twelve Days of Christmas” and “Mother Goose.” In 1989, Wegman’s film “The Hardly Boys”, starring his favorite actors, Fay, Battina, Crooky and Chundo, was screened at the Sundance Film Festival. After a twenty year hiatus, Wegman returned to the format of his video work from the 70’s producing two new reels of video works in 1998 and 1999.

Wegman’s photographs, videotapes, paintings and drawings have been exhibited in museums and galleries internationally. A retrospective of his work originated by the Kunstmuseum in Lucerne travelled to museums throughout Europe and the United States including the Centre Pompidou in Paris and the Whitney Museum of American Art in New York. His most recent exhibitions include travelling retrospectives in Japan and in Sweden as well as the exhibition “William Wegman: Fashion Photographs” which travelled throughout North America. Exhibitions of his early photographic work and his drawings were mounted by the FRAC Limousin in Limoges, France, each accompanied by comprehensive catalogues of this work. Recent gallery exhibitions include new photographic and video work with Pace MacGill in New York and Marc Selwyn in Los Angeles as well as exhibitions of new paintings and works on paper with Texas Gallery in Houston, Sperone Westwater Gallery in New York and Galeria Cardi & Co. in Milan. In the spring of 2006 a retrospective organized by the Addison Gallery of American Art, Phillips Academy, Andover, Massachusetts, with a catalogue published by Yale University Press will begin a two-year tour opening at the Brooklyn Museum.

William Wegman lives in New York and in Maine where he continues to make videos, to take photographs and to make drawings and paintings. 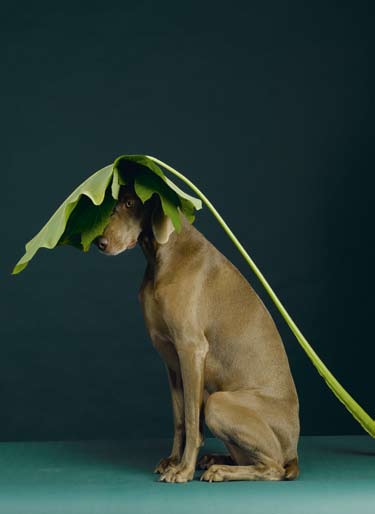 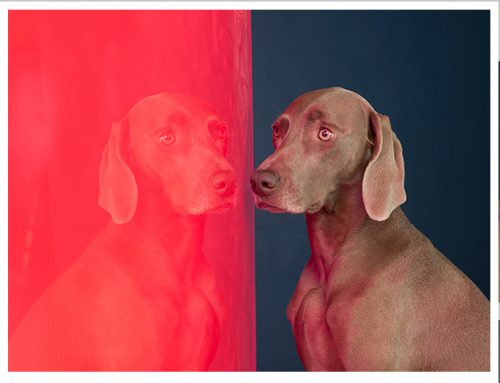 William Wegman, View Points, Pigment print, unframed: 36 x 44in. (91.4 x 111.8cm), Gift of the artist to the Foundation for Art and Preservation in Embassies, Washington, D.C. 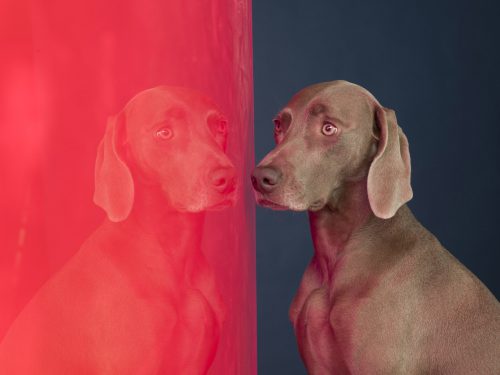 William Wegman, View Points, Pigment print, Overall: 36 x 44in. (91.4 x 111.8cm), Gift of the artist to the Foundation for Art and Preservation in Embassies 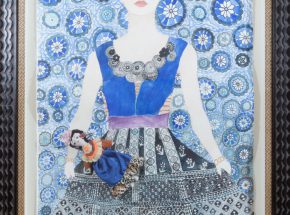