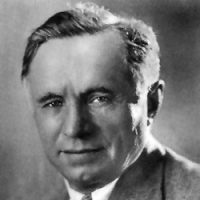 William Wendt immigrated to the United States in 1880, settling in Chicago, Illinois where he worked in a commercial art firm. Essentially self-taught, he attended evening classes at the Art Institute of Chicago for a brief period. Dissatisfied with figure studies, he preferred painting landscapes and quickly became an active exhibitor in various Chicago art shows, winning the Second Yerkes Prize at the Chicago Society of Artists exhibition in 1893.

Wendt became friends with artist Gardner Symons (1862 – 1930), and together they made a number of trips to Califormia between 1896 and 1904, and in 1898 to the art colony at St. Ives in Cornwall, England. Upon his return, works from each of the trips were exhibited at the Art Institute of Chicago.

Wendt settled in Los Angeles with his wife, sculptor Julia Bracken, in 1906. Already a successful painter, he quickly became a leading member in the art community and was a founding member of the California Art Club in 1909. He moved his home and studio to the art colony at Laguna Beach in 1912, the same year that he was elected to the National Academy of Design. He was a founding member of the Laguna Beach Art Association in 1918, and although somewhat shy and reclusive, he was Laguna’s most important resident artist-teacher. Arthur Millier, the art critic for the Los Angeles Times, called Wendt “the man who has most truthfully pictured Southern California.”

To Wendt, nature was a manifestation of God; he viewed himself as nature’s faithful interpreter. Only rarly did he include people or animals in his landscapes. He worked out of doors, sometimes sketching and sometimes making large finished works. His early works reflect the feathery brush strokes and hazy atmosphere of Impressionism. After about 1912, he employed a distinctive block-like brushwork giving solidity to his renditions of natural forms. A prolific painter, he was known as the “dean” of Southern California’s landscape painters.

Exhibiting regularly in Los Angeles, Chicago, and New York, Wendt received numerous awards for his work. Among these were a Bronze Medal, Pan-American Exposition, Buffalo, New York 1901; a Silver Medal, Louisiana Purchase Exposition, St. Louis, Missouri, 1904; and a Silver Medal, Panama-Pacific International Exposition, San Francisco, California, 1915. In 1925 he received a Gold Medal at the Pan-American Exhibition in Los Angeles for Where Nature’s God Hath Wrought, which is now in the collection of the Los Angeles County Museum of Art.