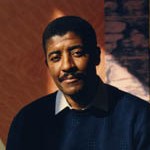 William T. Williams was born in Cross Creek, North Carolina. He received a BFA degree from Pratt Institute in 1966 and studied at The Skowhegan School of Painting and Sculpture. In 1968 he received an MFA degree from Yale University/School of Art and Architecture. He is presently Professor of Art at Brooklyn College, the City University of New York, whose faculty he joined in 1971.

Williams is a recipient of numerous awards including a John Simon Guggenheim Fellowship, two National Endowment for the Arts Awards, and a Joan Mitchell Foundation Award.

For the past 40 years, William T. Williams has been creating art that demonstrates his desire to integrate the content of his personal experiences with his knowledge of the modern aesthetic. This retrospective of his life and work reveal the struggle and perseverance involved in developing his elegant mark making and pioneering use of color and form that characterize his artistic approach. 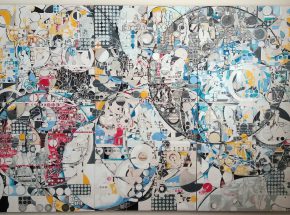