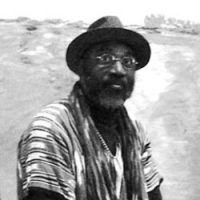 Birch was born in New Orleans in 1942. He received a B.A. from Southern University in New Orleans in 1969 and a M.F.A. from the Maryland Institute College of Art in Baltimore in 1973. After residing in New York for many years and traveling to Africa, he returned to New Orleans in the mid 90s to reside in the 7th Ward.

The work of Willie Birch is found in museum collections as well as public and private collections across the country, including the Metropolitan Museum of Art, the New Orleans Museum of Art and the Pennsylvania Academy of Fine Arts. Birch was awarded a National Endowment for the Arts Fellowship in 1984 and again in 1989. In 1993 he was the recipient of a John Guggenheim Fellowship in sculpture. In 2002 Birch received the Mayor’s Arts Award in New Orleans.