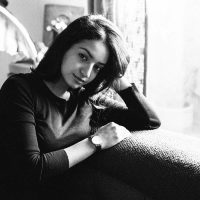 “I love creating work that serves as a canvas for people to think and discuss the subject matter,” says Yemeni-American photographer Yumna Al-Arashi, “I wouldn’t want to create it for any other reason.”

Al-Arashi is a self-taught documentary photographer, who was born and raised in Washington, DC and currently based between Los Angeles and New York City. Yumna received her Bachelors Degree in International Politics with a focus on the Middle East from The New School.

Despite her Westernised upbringing, her interest and vast knowledge of her ancestral roots and culture are intriguingly one of the main influences for a lot of the work she produces; along with other themes such as sexuality and politics

On-going documentary work has received support from: the US Department of State Office of Art in Embassies, International Women’s Media Foundation, National Geographic Abu Dhabi, The Arab Fund for Arts and Culture, and VSCO.