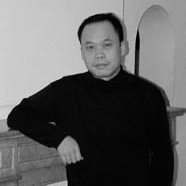 Yun-Fei Ji paints, according to traditional Eastern art-making practice, on handmade rice paper with translucent ink or paint based on natural pigments. His peculiar draughtsmanship draws on centuries old techniques, including calligraphy. His subjects evoke traditional Chinese landscape painting: figures and scenes recall tales and epics from Chinese folklore and history. His work echoes the oeuvre of the ancient Dynasty Masters, whose paintings combined compositional and technical brilliance with expression of sorrow and melancholy, conveying an underlying political message. Yun-Fei Ji still depicts the internal difficulties of the Chinese culture, e.g. building a dam and the risks and human sorrow involved, or the failure of the communist utopia. Those social subjects give cause for the illustration of personal and symbolical fantasy, and more global, existential human tragedy and beauty. The artist borrows past events to comment on present problematic developments. Yun-Fei Ji’s works are particularly layered as they are hybrid compositions of historical narratives and autobiographical notes.

Yun-Fei Ji took part at the Whitney Biennale in New York in 2001. His work has been featured in group exhibitions at The Drawing Center in New York, The Hammer Museum in Los Angeles and the Museum of Modern Art in New York, amongst others. ‘The Old One Hundred Names’ at Zeno X Gallery was Yun-Fei Ji’s first European exhibition that was successfully adopted by the Pratt Institute in New York. The solo exhibition ‘The Empty City’ opened at the Contemporary Art Museum in St Louis and traveled further to The Rose Art Museum, Brandeis University, Waltham (MA) and the Richard E. Peeler Art Center in Greencastle (MA), USA. A solo exhibition dedicated to his work was organized by the Institute of Contemporary Art in Philadelphia too.
The last years his work was on view in different group en solo exhibitions at James Cohan Gallery in New York and Zeno X Gallery. 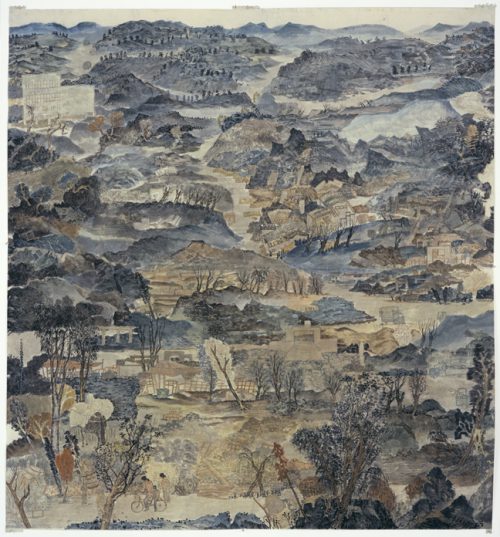