Zheng Guogu (Chinese, b.1970) is a postmodern artist living in the Guangdong province in China. His work includes photography, sculpture, paintings, and mixed media pieces emphasizing local culture and the rush of change seen in China’s social and economic development. Recent works such as Computer Controlled by Pig’s Brain No. 59 (2006) explore the influence of pop culture on individuals, while Year Two Thousand, Another Two Thousand Years To Rust explores the temporary state of consumerism. To demonstrate this, Guogu etched a group of bottles, making them appear old and deteriorated, to show that materials will not last. In the end, humanity will remain. The work doesn’t judge the current state of materialism, but it does leave observers with a subtle warning.

As a young man, Guogu attended the Guangdong Academy of Arts in Guangzhou, China. He graduated in 1992 with a degree in printmaking. His first solo exhibit, Sixteen of the Ten Thousand Customers and other Works, was held at the Beijing Photo Gallery in 1998. His first international exhibit took place in 2001 at the Hamburger Bahnhof Museum für Gegenwart during the Berlin Art Forum. This was quickly followed by Paris-Pekin at Espace Pierre Cardin in Paris, France. Guogu is represented by the Saatchi Gallery in London.

The artist’s work has appeared in the books Zheng Guogu: Cross Back and Forth Quickly and Zheng Guogu. While his work has appeared in a number of exhibitions, he has largely been looked over. This is true despite encouragement by successful artists, such as those in Big Tail Elephant Group. He did, however, win the coveted Chinese Contemporary Art Reward in 2006. Guogu still lives in Yangjiang, Guangdong province, and shows his work across the globe. His recent exhibitions include Through Popular Expression at The University of Central England in Birmingham, UK, Take Down in Beijing, China, and an installment at Kunstmuseum Bern in Switzerland in 2006. Eclectic and varied as an entire catalog of artists, the work of Guogu encompasses the passion the Chinese native has for his province, as well as the fears that come along with the consumerist lifestyles people have adopted in that country. 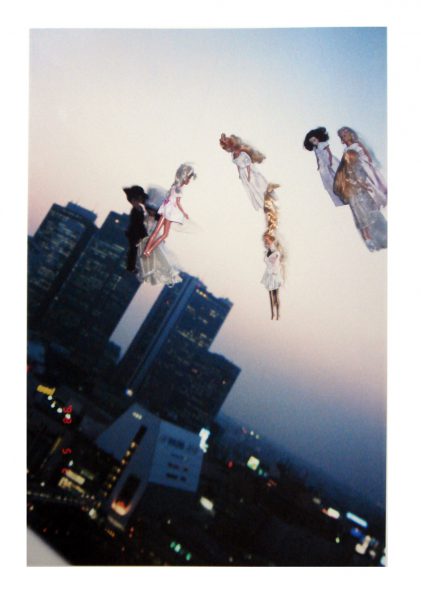