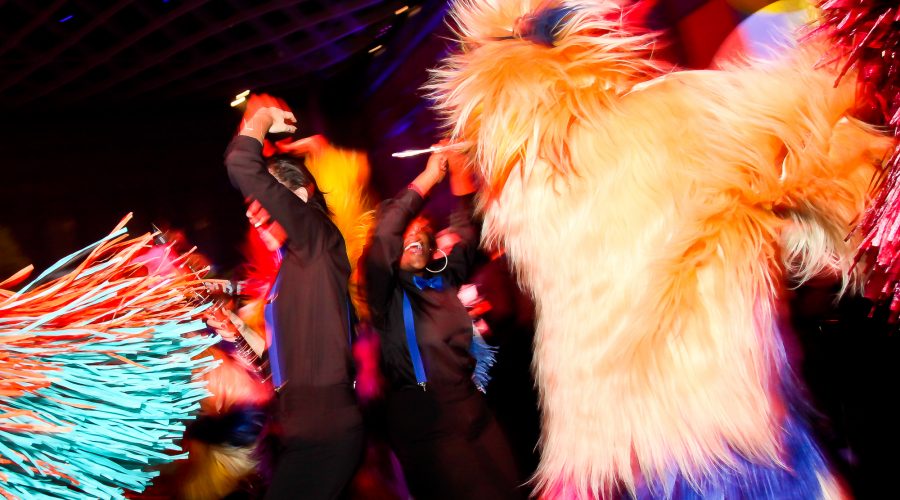 Can Art Augment Diplomacy? Takeaways From the Art In Embassies Gala

The presidential inauguration is still a month away, but D.C.’s liberal establishment got an early start last week, while celebrating the Art in Embassies 50th anniversary. A week of performances and installations—including an exploding pine tree on the National Mall—culminated in a big party in the atrium of the National Portrait Gallery Friday night. No doubt this event was in the works long before President Barack Obama’s re-election, but it’s hard to imagine such an exuberant celebration of federally funded art (especially one honoring several hyphenated Americans and foreign nationals) in the wake of a Mitt Romney victory. But when I suggested this to AIE Chief Curator Virginia Shore, she vehemently disagreed. “This [celebration] is underwritten entirely by private funds,” she said. But doesn’t the program spend about $4.5 million a year for art in fortress-like embassies, which will never be seen by average Americans? “Culture is key to changing the way people think about America,” she said. Chinese artist Cai Guo-Qiang elaborated on that idea with a story about how earlier this year, despite China and Japan’s feud over control of the Senkaku Islands, diplomats came together to give him the Praemium Imperiale arts award. “Sometimes art can do things politics cannot,” he said. I’m not convinced that Jeff Koons’ multicolored maracas (well, officially they are tulips) in our Beijing embassy serve more than a decorative purpose, but a boisterous performance piece by Nick Cave (with assistance from the Duke Ellington School of the Arts Radical Showband) got artists, diplomats, and bureaucrats shaking it together on the dance floor. So perhaps art can bring us together after all.

by Sadie Dingfelder for The Washington City Paper