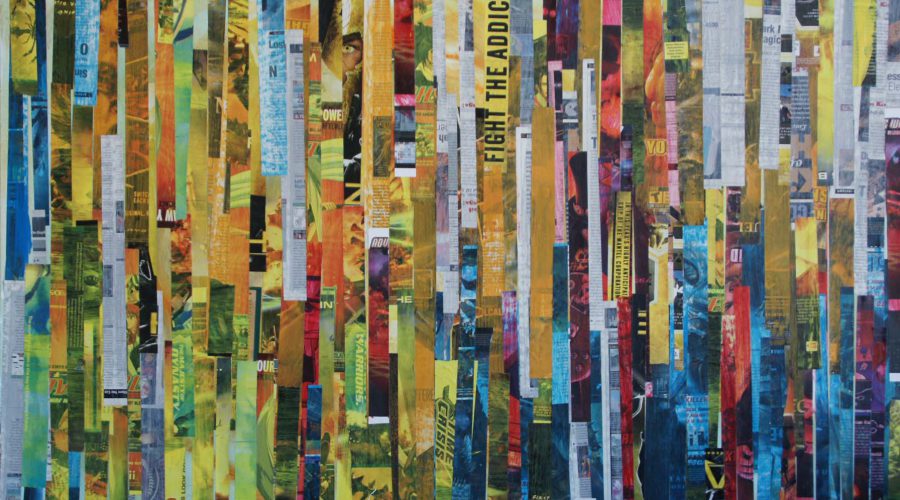 The Art of Diplomacy in Jamaica

The Art of Diplomacy (from the Jamaican Observer) – US Ambassador to Jamaica Pamela Bridgewater soon after she had arrived in the island, at an art exhibition at the now shuttered Mutual Gallery, where she had been a habituée when she was first posted here in the 1980s as a labour attaché at a time when the US Embassy was located in New Kingston. It was on one of her regular lunchtime pilgrimages to Mutual Gallery that she saw, fell in love with and acquired one of her first major artworks, an oil-on-canvas painting depicting a street scene by a little known artist, simply referred to as “C Morgan”. I would later find out that she has not only on eclectic taste in artwork, but also a curiously discreet way of purchasing, like the time when she saw a street artist selling a very compelling painting and she instructed her chauffeur to purchase it later that day.

When I arrived at the residence, I half-expected to be frisked by tall, sturdy Marines, but instead I was greeted by a very friendly assistant from the embassy and escorted inside. The residence is as much an art gallery as a living space with dozens of works by denizen artists, including Edna Manley and Barrington Watson. The scent of incense greeted me like an affable host. Ambassador Bridgewater is the consummate hostess (is that de rigueur to say these days?). She radiates warmth that makes you immediately feel at home. And though her career has included travels around the globe, she has managed to maintain a quiet and steely dignity, which, might I add, is reflected in her art collection. On this particular occasion she was dressed in an all-white African-inspired cotton lounge suit. She immediately asked if I wanted to sit down to tea first or view the collection. I chose to follow her lead and had tea first.

The fact that she is a career diplomat was evident when she claimed to have no favourites in her art collection – though I couldn’t help but notice that there seemed to be every size and style of Johnny Johnson (whose artistic style is similar to Jamaican watercolourist Patrick Waldemar) throughout the home. In addition to Johnson, Bridgewater credits her other teachers, including her college teacher, and others along the way, who honed her love and appreciation for art. She finds art calming and somewhat introspective.

The ambassador’s love of the arts was evident, no doubt influenced by her father who was a jazz trumpeter. This is reflected in the art pieces she collects and the baby grand piano that is prominently displayed in the formal living room. On the piano are framed pictures of the ambassador, her family and some of her famous friends like Nelson Mandela, whom she met while she was stationed in South Africa.

What makes this particular collection more interesting is that it’s a combination of both her personal pieces and also artwork from the Art in Embassies (AIE) programme. The programme, now in its 50th year, is part of the US’ cultural diplomacy initiative that was cultivated by the Museum of Modern Art in 1963. The AIE, during its year-long celebration, will be honouring over 20,000 stakeholders that include artists, museums, galleries and private collectors in over 200 venues in almost as many countries, including Jamaica. While the term ‘cultural diplomacy’ is relatively new, there is evidence that it has been practised for centuries. In fact, artists, explorers, travellers, teachers and students can all be considered informal ambassadors. Bear in mind that the early trade routes by Marco Polo and Christopher Columbus were forged through cultural diplomacy.

Fifty years ago also, Martin Luther King Jr led a historic march in Washington, DC, to advocate for civil rights for black Americans. In front of the Lincoln Memorial, King delivered his “I Have a Dream” speech to a crowd of hundreds of thousands. The march was a watershed moment for the civil rights movement and put pressure on Congress to pass the Civil Rights Act and the Voting Rights Act in the months that followed. Likewise, the AIE programme has launched the careers of emerging artists and cemented the works of established artists to a cultural epoch. Just last year, when artist Johnny Johnson visited Jamaica and exhibited his works, it was at the request of his former elementary student, Pamela Bridgewater. . . AIE cherishes its role in promoting art and charting legacies.

The AIE art collection in Jamaica includes works by African-American artists like Maya Freelon Asante, whose work Migration is an exploration of tissue on ink. It was inspired by the destruction, in the aftermath of Hurricane Katrina, from mass flooding in New Orleans. What ensued was a displacement of residents, who were primarily African-Americans. Freelon Asante attempts to illustrate how that mirrors the displacement of enslaved Africans from Africa. The tissue represents the familial fabric that has been broken and later strengthened by the symbolism of ink and water. And, like King’s “I Have a Dream” speech, it reminds us that, though changes have been made, further dialogue and reflection are required.

Meanwhile, Norman Lewis’ Serpentine and Lorna Simpson’s Nervous Conditions, though created about 20 years apart, are two larger pieces that dominate the wall space on opposite sides of the ambassador’s living room. Lewis came of age in the politically charged atmosphere of the 1930s, but in the post-war years, he often asserted that art could not solve society’s problems. However, Serpentine is a somewhat political painting. The abstract uses the colour black to reflect figures moving about, expanding with the strong pervasive use of the colour red to represent bloodshed. Meanwhile, Simpson’s Nervous Conditions, two colour Polaroid prints with engraved Plexiglas, challenges our perceptions and views of gender, culture, and sexuality. Somewhat like our own Ebony Patterson, she raises such dialogue in a very loud way by making her works bold. 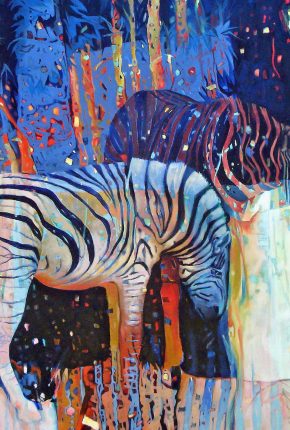 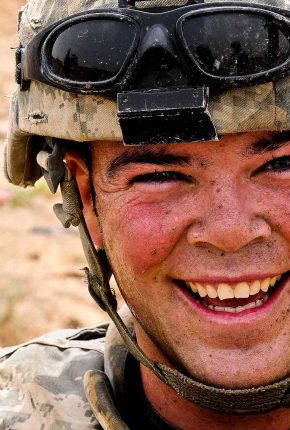 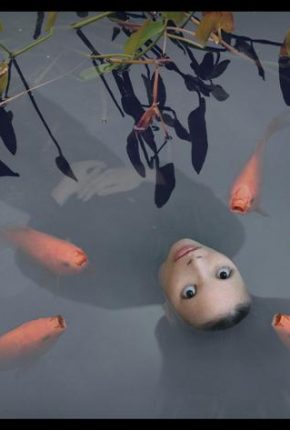 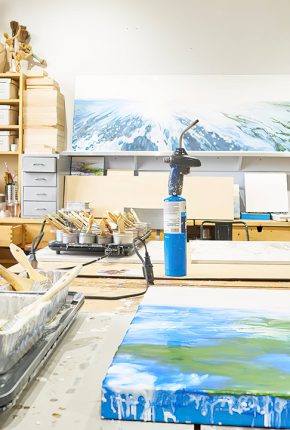 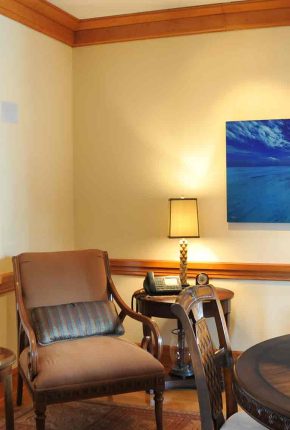