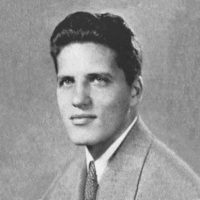 Sam Savitt got his first assignment for Dell Comics from Western Printing in 1951 where a line of comics for Gene Autry’s horse Champion had already been started. With two issues out, Dell hired Sam to do the cover for Champion number three. He would go on to paint twenty-six covers. At the same time Dell was also premiering Hi Yo Silver in its Four Color comic line. They assigned Sam the first Hi Yo Silver comic cover. He would eventually paint all thirty-seven of the SILVER covers.

Savitt freelanced from home, and he usually had one or two gouache covers to do simultaneously, averaging fifteen a year. Sam’s paintings graced the covers of such titles as INDIAN CHIEF, BEN BOWIE, RED RYDER’S RANCH COMICS, and WESTERN ROUND UP. Sam painted one CISCO KID cover, one ROY ROGERS cover and three LONE RANGER covers. He also painted covers for WALT DISNEY movie comics: STORMY, PAUL REVERE’S RIDE and THE SCARECROW. Sam was also a natural choice to paint covers featuring the work of western authors ZANE GREY, MAX BRAND and LUKE SHORT. The last cover Sam painted for Dell was a MARCH OF COMICS issue devoted to SILVER dated 1961. Dell’s predecessor, Gold Key Comics, republished many of Sam’s covers well into the 60s and 70s. Sam also painted three covers specifically for the Gold Key line, including a RIPLEY’S BELIEVE IT OR NOT cover in 1969.

When Dell needed a cover for its comic book adaptation of the 1959 MGM mega-movie spectacular BEN-HUR, they asked Sam to do the honors.

Savitt’s Dell Comic covers have been reproduced on lunch boxes, puzzles, pocket knifes and even rodeo posters, most of the time with no credit. His comic book covers, which are reprinted worldwide, have shown up in some impressive places. A half-dozen Trigger covers are on permanent display at the Roy Rogers and Dale Evans Museum in California (Savitt’s brother Al illustrated many of the interiors). The prestigious Gene Autry Western Heritage Museum in Los Angeles has copies of Gene Autry’s Champion covers in its archives of which Savitt painted 26. Savitt’s covers have been reproduced in books on The Lone Ranger. He painted three Lone Ranger comic book covers and all 36 of the Hi-Yo Silver covers. Hi-Yo Silver is arguably one of the best western comics from the 1950s. Dell focused a powerhouse of writing and drawing talents to produce this western masterpiece and all available in a single comic book for the modest price of ten cents!

From his experience illustrating comic books, pulps and magazines, it was inevitable that Savitt would find work in the field of book publishing. Beginning in the 1940s, Savitt worked for Fiction House, Dell, Popular, Argosy and Standard Publications who put out a whole series of pulp magazines such as Ranch Romances. He contributed regularly to such periodicals as “True”, “Real” (For Men), “Field and Stream”, “Outdoor Life”, “Sports Afield”, “American Weekly”, “Sports Illustrated”, “Reader’s Digest”, “Chronicle of the Horse”, “Boy’s Life”, “Country Gentleman”, “Practical Horseman” and” Equus”. A “Draw Horses with Sam Savitt” page appeared monthly in Western Horseman magazine off and on for years.

Savitt’s work can be found on placemats, coasters, mugs, and so forth. In the late 1960s, a series of 500-piece jigsaw puzzles were released through Springbok Editions. Savitt painted a number of colorful horse-related motifs, including a circular puzzle celebrating the Racing Hall of Fame, and octagon puzzles titled “International Horse Jumping” and “Mares and Foals.”

Savitt was named the official artist for the United States Equestrian Team in 1956. In 1968 he was commissioned to cover the equestrian events at the Olympic Games in Mexico. He also executed a poster in 1991 for the Kentucky Derby and covered the 1992 Grand National in England for “Equus” magazine.

Savitt did not differentiate commercial art from easel art, because for him they were the same thing. He viewed all of his work as fine art. Savitt earned a reputation as one of this country’s finest equestrian artists, and articles on him followed in such publications as “Art Director” and “Studio News”, “Equus”, “Equine Images” and “Chronicle of the Horse”. He had a number of one-man exhibitions, and his equestrian paintings and drawings are in many private collections, including the Grumbacker Collection and collections of August Busch, Raymond Firestone and Jean Kennedy Smith.

Savitt gave drawing and painting workshops across the country, sharing techniques he’d developed over the years. He instructed his students in horse anatomy and in techniques for drawing from memory. His classes began with a concentration on drawing fundamentals, then moved on to painting the standing horse and finally advancing action poses.