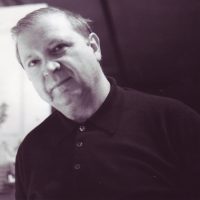 Ad Reinhardt was born Adolph Dietrich Friedrich Reinhardt in Buffalo, New York. He studied art history under Meyer Schapiro at Columbia University, New York, from 1931 to 1935 and studied painting with Carl Holty and Francis Criss at the American Artists School from 1936 to 1937. He also studied at the National Academy of Design with Karl Anderson in 1936. Between 1936 and 1939, Reinhardt worked for the WPA Federal Art Project. From 1937 to 1947, he was a member of the American Abstract Artists group. Reinhardt continued his studies from 1946 to 1951 at the New York University Institute of Fine Arts.

Reinhardt was given his first solo exhibition at Columbia Teachers College in 1943, and by 1946 was showing regularly with the Betty Parsons Gallery, New York. Reinhardt was a pioneer of Hard-edge painting at this time. In the 1950s, he began to limit his palette to a single color, moving from red to blue and then to his final stage of black paintings. In 1966, the Jewish Museum, New York, organized an exhibition of Reinhardt’s paintings, which was accompanied by a catalogue with texts by Lucy Lippard and the artist. Reinhardt died in New York. In 1970, the Marlborough Gallery in New York exhibited the Black Paintings executed between 1951 and 1967. In 1972, the Kunsthalle Düsseldorf organized an exhibition of Reinhardt’s work, which traveled to the Stedelijk Van Abbemuseum, Eindhoven; Kunsthaus Zürich; Centre National d’Art Contemporain, Paris; and Museum des 20. Jahrhunderts, Vienna. The Solomon R. Guggenheim Museum, New York, mounted an exhibition entitled Reinhardt and Color in 1980. Reinhardt’s essays continued to influence many Conceptual artists in the 1970s. The Museum of Modern Art, New York, organized a major exhibition of Reinhardt’s work in 1991. 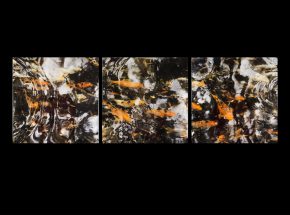 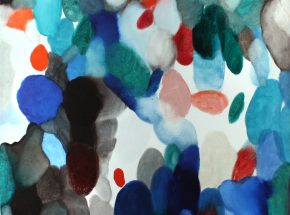 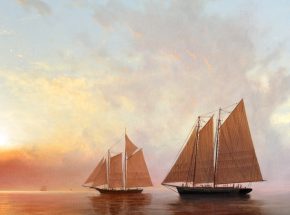