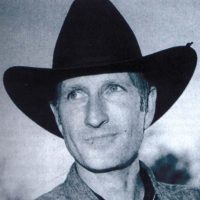 Born in Fort Wayne, Indiana, Bruce Nauman has been recognized since the early 1970s as one of the most innovative and provocative of America’s contemporary artists. Nauman finds inspiration in the activities, speech, and materials of everyday life.
Confronted with “What to do?” in his studio, soon after graduating from the University of Wisconsin, Madison, in 1964 (with a Bachelor of Fine Arts degree), and then the University of California, Davis in1966 (with a Master of Fine Arts degree),Nauman had the simple but profound realization that “If I was an artist and I was in the studio, then whatever I was doing in the studio must be art. At this point art became more of an activity and less of a product.” Working in the diverse media of sculpture, video, film, printmaking, performance, and installation, Nauman concentrates less on the development of a characteristic style and more on the way in which a process or activity can transform or become a work of art. A survey of his diverse output demonstrates the alternately political, prosaic, spiritual, and crass methods by which Nauman examines life in all its gory details, mapping the human arc between life and death. The text from an early neon work proclaims: “The true artist helps the world by revealing mystic truths.” Whether or not we – or even Nauman – agree with this statement, the underlying subtext of the piece emphasizes the way in which the audience, artist, and culture at large are involved in the resonance a work of art will ultimately have.
Since 1979, Nauman has lived on a ranch near Galisteo, New Mexico, where, in addition to continuing his studio practice, he breeds horses. His debut show was at the Nicholas Wilder Gallery, Los Angeles, in 1966, and since then he has exhibited widely in North America and Europe, including contributions to Documentas 4 (1968), 5 (1972), and 7 (1982), in Kassel, Germany, and to the Whitney Biennials of 1984, 1991, and 1997. Several major exhibitions of his work have toured, principally in Europe, in the 1980s, and in 1994-95 the Walker Art Center, Minneapolis, Minnesota, and the Hirshhorn Museum and Sculpture Garden, Washington, D.C., organized a retrospective. Nauman represented the United States at the 53rd Venice Biennale in 2009 with Bruce Nauman: Topological Gardens, which won the top Golden Lion award.