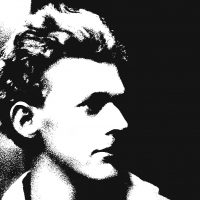 Dewey Albinson was the son of Swedish immigrants. He began painting at the age of fifteen and studied at the Minneapolis School of Art (now the Minneapolis College of Art and Design), the Art Students League in New York, and abroad. In Europe, the fragmented and geometric forms of the Cubist artists, most notably André L’hote, influenced Albinson. Although he lived in various parts of the United States, Canada, and Mexico, Albinson seemed to favor Minnesota in his works, as he is most noted for his scenes of the Iron Range and the North Shore of Lake Superior. He wrote, “the Catskills are beautiful…but I found the rugged piece and solitude of the Minnesota hills to be more charming.” In addition to his choice of Minnesota as a subject of his art, Albinson was also involved in the arts of Minnesota. He was Director of the St. Paul School of Art (now the Minnesota Museum of American Art) from 1926-29, a member of the Public Works of Art Project in 1933 and served as the director of the state educational division for the Works Progress Administration in 1935. 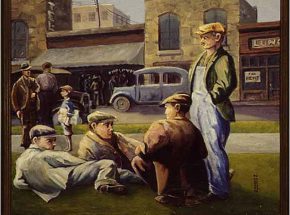