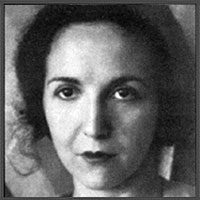 Henriette is considered by many art scholars to be one of the great women painters of the 20th century. She began studying with her father, N. C. Wyeth, at the age of eleven. A childhood bout with polio crippled her right hand. Even so, as a teenager, holding a paint brush between her first and second fingers, she developed into a fine portraitist. In 1939, against her father’s wishes, she left her tight-knit family to move to a distant valley in New Mexico with her husband, Peter Hurd.

Henriette Wyeth’s love for New Mexico was immediate and profound. The landscape and simple architecture reminded her of places she had seen in Europe. She immediately settled in to make the best of her relatively primitive, dusty surroundings. Her family and friends were far away, but she loved Peter Hurd and was fascinated by this new harsh, arid land. In her new home, she created her own rich oasis of beauty and culture. The couple worked daily in their respective studios, constantly commenting and advising each other on their work. A long list of famous authors, movie stars and other artists maintained a constant presence at the Hurd ranch, sitting for portraits, playing polo or just relishing the vital, creative atmosphere that the Hurds generated.

Henriette Wyeth’s paintings reflect the deep appreciation she felt for the brief bloom of a flower or the fleeting expression on a child’s face – all an integral part of what she termed “the deliciousness of life”. These feelings were expressed in the powerful still life paintings she created. Her distinguished career as a portraitist includes such well-known subjects as First Lady Pat Nixon, actress Helen Hayes, Linda Darnell and author Paul Horgan. 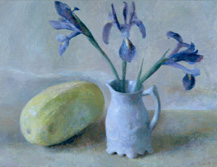