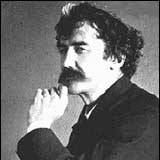 James Abbott McNeill Whistler is one of America’s greatest painters, and one of the late nineteenth-century’s most famous artists, who helped usher in the modem era. He was practically the leader of the “Art for Art’s Sake” movement, which battled the aesthetic foundations of Victorian art, namely traditional notions of morality as the artist’s guiding principle. Whistler proclaimed that art was foremost an arrangement of lines and colors; it was to be divorced completely from non- aesthetic concerns. In a famous court case, Whistler successfully sued John Ruskin for libel, after the social philosopher and art critic stated that Whistler was “flinging a pot of paint in the public’s face.” Whistler helped to further the notion that major works of art did not have to be meticulously detailed in the Pre-Raphaelite manner. He was innovative in may other ways, as one of the first Western artists to be influenced by Japanese prints, and as a leader of the Aesthetic Movement, which extended the cult of beauty to arts and crafts. The French symbolists and decedents were directly inspired by him.

Probably executed in 1875 and signed with a butterfly, On the Beach, Hastings reveals similarities to other works of this period. Whistler often employed the high vantage point and figures guided along a diagonal, an oblique angle to the picture plane. The long, sweeping coastline provides a sense of space and a feeling of loneliness, relieved only by the presence of the figures. Whistler used spontaneous, wispy black lines to indicate ethereal figures in this chalk and pastel drawing. This exquisite image from one of America’s most innovative artists demonstrates that he was the American master of understatement. 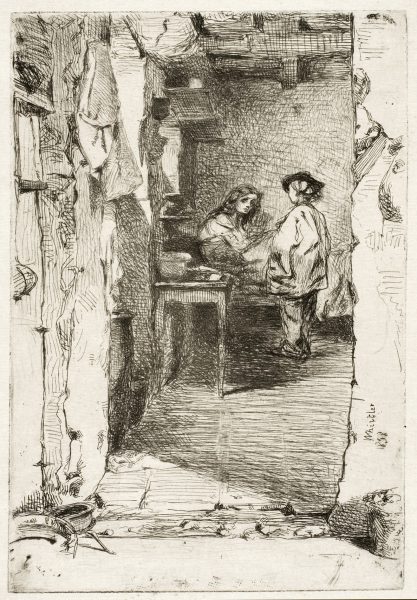 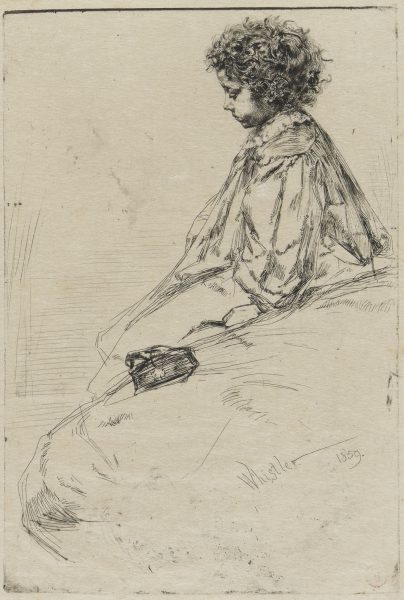 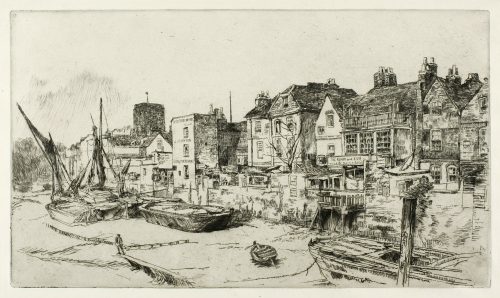 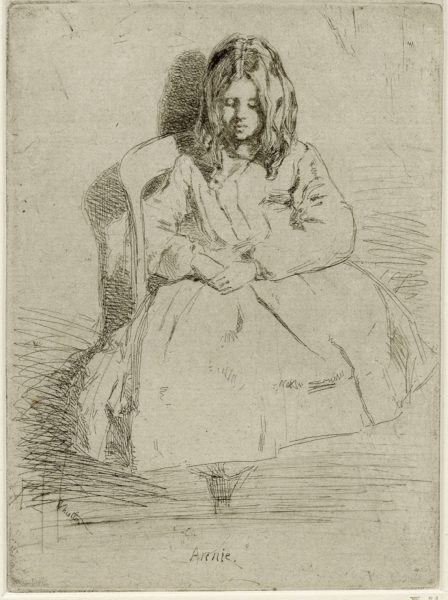 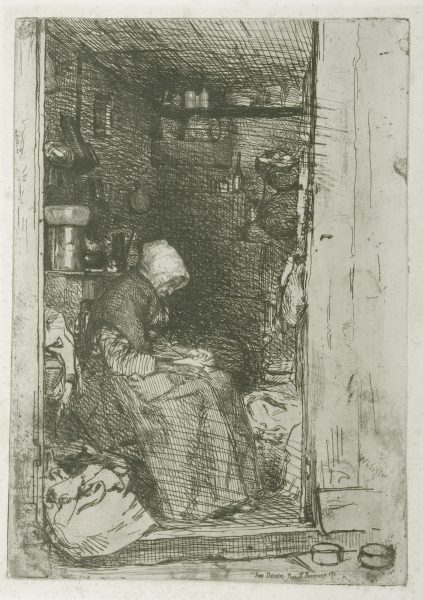 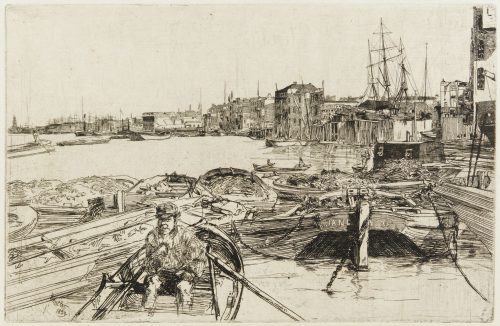