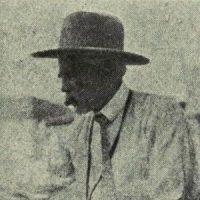 Rolshoven was born and raised in Detroit. At 18 he went to New York City to study at the Cooper Union Art School, then the Düsseldorf Academy, then continued on to Munich, studying under the Kentucky-born artist Frank Duveneck in his Venice and Florence schools, becoming one of the “Duveneck Boys”. Finally Rolshoven returned to the United States at the beginning of World War I.

By 1916 Rolshoven had settled in the American southwest, setting up a studio in Santa Fe’s Governor’s Palace. He was also an early member of the Taos Society of Artists. From 1920 until his death he moved back and forth among his three residences, Florence, Detroit and Santa Fe. He died on shipboard in the Atlantic.