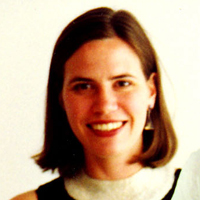 I have been making figurative sculpture for over 15 years. I started to work with clothing as an implied presence of the human figure. It interests me in its universality and it’s cultural specificity. I have worked with western European inspirations, abstract drapery and most recently the Japanese Kimono.

I see the dress functioning in the same expressive manner as the body; it is a complex unspoken language. The clothes we wear are statements, second skins that we present to the public.

I started working with clothing as I started traveling and living in countries where I could not yet speak or understand the language. I began looking for ways of understanding or ‘reading’ people other than with words. I focused on physical gestures and clothing. I started seeing peoples clothing as an extension of who they are, both in what they choose to wear and how they wear it. The worn spots on shirts or pants gave clues to habits or vocation. A dress became a portrait of its wearer. The cast glass dresses are portraits of or monuments to femininity. Each one is a different exploration of the greater theme.

Recently, I have started working with drapery more abstractly using it to create drawings and landscapes. Taking fabric off the body I have found it retains echoes of human presence, perhaps from a discarded sheet or shawl. In this work I capture ephemeral experiences such as ink in water or smoke.

I use the 5,000 years old lost wax casting process – I have just modernized it according to my specific needs. The sculptures are life-size and I use live models and real dresses to make them. I feel elements of hyper-reality, such as stitching, goose bumps from the model and of course scale are important to creating a visceral link with the viewer.

Each of the dress sculptures is built around a specific model whose body impressions inhabit the vacant dress. I capture the model’s body precisely. I choose my models for a variety of reasons, most importantly the expressive qualities of their physicality. Each pose invokes an atmosphere, a feeling. Be it beautiful or melancholic, the human figure and its gestures are an emotive universal language. That is the starting point of each sculpture.

My work is at the technical limit of the material and technology so inevitably sometimes there are casting failures. Despite the difficulties, I believe that technique is the foundation for the aesthetic vocabulary of an artist the same way words are building block for writers. It is not the purpose or the goal, but it must be put together flawlessly to speak clearly.

I am driven to make my artwork because it is the best language I have for communicating my ideas. I use glass because of its ephemeral qualities and transparency that allows me to sculpt both the interior and exterior a form, and I use ceramic because it allows me to draw with light and shadow.

The absent figure on the interior creates an uncanny experience that draws the viewer in. I have often seen people peering into the interior of a dress trying to figure out what has happened to the missing woman. I have been told me that the sculptures evoke strong feelings of awe and beauty as well as nostalgia and melancholy. One renowned art critic, Arthur Danto, called them the poetry of meaning and loss. Some people relate to them from the perspective of classical sculpture and see them as a contemporary commentary on art traditions and idealized beauty.

I came to Prague on a Fulbright in 1999 to explore the possibility of using monumental cast glass in my work. I have received several awards including the Louis Comfort Tiffany Foundation Biennial Award in 2001, the Virginia A Groot Recognition Award in 2005, and the Jutta Cuny Franz Memorial Award in 2007. I was awarded a Creative Artists Exchange Fellowship by the National Endowment for the Arts and the Japan-United States Friendship Commission to study Kimonos for six months in Kyoto, Japan.

My work is exhibited at museums and art galleries. There are also several pieces in the permanent collections of museums. It can be seen in the collections of The Smithsonian Museum of American Art in the Renwick Gallery in Washington DC, or at the de Young Memorial Museum of Fine Arts Museums of San Francisco, or at the Musée des Arts décoratifs in Paris. 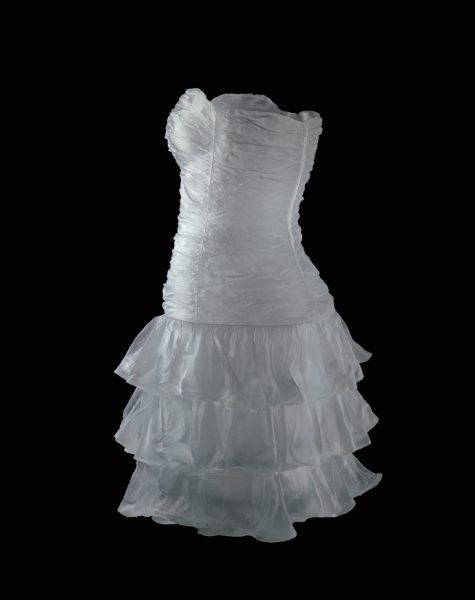 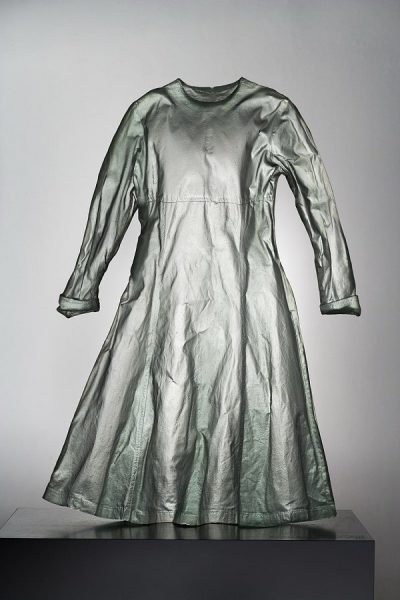