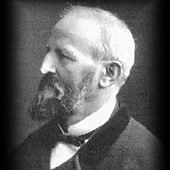 Karl Bodmer was born in Switzerland and studied art in Paris. In 1832 he was asked to be the artist for the German Prince Maximilian’s expedition across the American West. The artist was commissioned to make detailed illustrations of the life, habits, and customs of the Indians. By 1833, the company had reached St. Louis where they decided to come under the protection of John Jacob Astor’s Fur Company and travel up the Missouri River by steamboat. During this trip Bodmer recorded events occurring in the present states of Nebraska, South Dakota, North Dakota, Montana, and Wyoming. Bodmer sketched Indians and their surroundings at every stop. While in Nebraska during the Spring of 1834 the steamboat stopped near present day Bellevue for trading purposes. The Prince and Bodmer took this opportunity to observe the Omaha Indians and their cattle, and Bodmer created several paintings of Indian subjects and river scenes from this stop. Bodmer is known for his careful observation and attention to detail. Unlike some other artists in the American West he tried not to romanticize his subjects but show them as they really were. In 1834 Bodmer returned to Barbizon, France where he finished eighty-one paintings to illustrate his journal of the trip. He also completed many of the plates used for the prints that he had executed from these works. He exhibited at the Paris Salon beginning in 1836 and became known for his forest landscapes and depictions of birds and mammals.