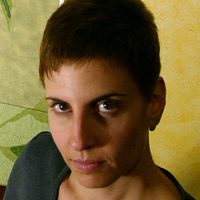 Lauren Camp’s career spans several expressive worlds, and her works on jazz, the human condition and current events have been recognized by many.

Her innovative, award-winning artworks have been exhibited at performance spaces, cultural centers and museums in the U.S. and Europe. Her solo exhibit, “The Fabric of Jazz: A Tribute to the Genius of American Music,” traveled to museums in ten cities from 2004 to 2007, including stops at the American Jazz Museum in Kansas City, Missouri, and the Delta Blues Museum in Clarksdale, Mississippi. Other solo exhibits include “Flinch: A Study of Your Self” at the Harwood Art Center in Albuquerque, New Mexico, and 10-year and 15-year retrospectives at the Civic Center in Greeley, Colorado.

Among many important group exhibitions, she took part in the invitational Fiber Art Biennial in Chieri, Italy; “Meander,” an exhibit of works about the Santa Fe River at the Santa Fe (NM) Community Gallery; and a human rights survey exhibit entitled “Roots of Racism: Ignorance and Fear.”

Images of her artwork have appeared on the covers of Brilliant Corners, World Watch, Tempo, Impetus, and ABQ Arts, and the book Ask Me Now: Conversations on Jazz and Literature by Sascha Feinstein. Giclée prints from “The Fabric of Jazz” were used as set decoration for the Sony Pictures release “Reign Over Me.” Four prints from the jazz series are in the permanent collection of the U.S. Embassy in Mali, Africa.

Her work has been the subject of study by elementary school pupils in Plano, Texas, English literature students at the University of New Mexico, and students majoring in fiber art at schools around the country. Lauren has also been featured on numerous radio and television programs, including HGTV’s “Simply Quilts,” the classical and jazz interview program “Crossover” on WRTI-FM, Philadelphia, and “Living Juicy” on KSFR-FM, Santa Fe.

She has taught self-expression on the streets of Detroit, in classrooms within depressed communities, in museums and art centers, and other venues. She speaks publicly to arts organizations on various aspects of creativity and the role of the artist in culturally-challenged times, and has also led arts panels for the Albuquerque Cultural Conference. She regularly introduces young writers to poetry and art through the O’Keeffe Museum’s Art and Leadership Program for Girls.

A former artist in residence at Working Classroom in Albuquerque (NM) and at the New Brunswick (NJ) Public Schools, she has inspired elementary and high school students from disadvantaged communities to speak out through creative means. She serves as juror for the Reggie Gammon Emerging Artist Award and is a member of the Georgia O’Keeffe Museum Education Committee.

The Gaea Foundation of Washington, DC, an organization that celebrates arts and activism, honored her with a Sea Change fellowship in 2004, and she received a grant from the Surface Design Association in 2005.

She is also an accomplished poet. In 2010, West End Press published her poetry collection, This Business of Wisdom. Lauren Camp’s poems have been included in numerous journals and anthologies. She has performed her poems at libraries, theaters, house concerts, cafés, art centers and in the great outdoors – frequently in collaboration with musicians and/or other poets.

Her poems have appeared on animal shelter walls, and ridden around on Albuquerque’s municipal buses. Two of her poems can be found on Zerx vol. 20, a compilation CD from the experimental, border-blending record label. Lauren has also released a CD of her poetic fragments and other women’s stories, entitled “I Am and You Are.”

In 2006, Lauren received a New Mexico Discovery Award by Recursos, a division of the Southwest Literary Center. In 2010, she was invited to take part in a Theaterwork (Santa Fe, NM) Poetry Intensive Fellowship, and has subsequently become part of the permanent poetry company for the theater.

Lauren has also given energy back to the community – working with youth in mentorship programs, judging writing contests and facilitating creative writing and memoir classes through Santa Fe Community College and the Southwest Literary Center.

An avid advocate for public radio, she hosted “The Colors of Jazz” for 6 years and “Poetry Talk” for one year on KSFR 101.1 FM, and currently produces and hosts a program entitled “Audio Saucepan” that merges boundary-less music and spoken words, on the same station. 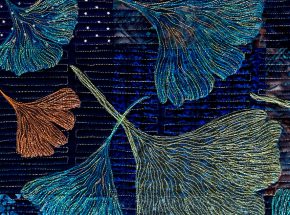