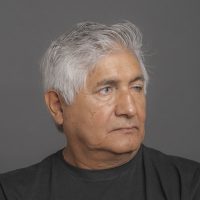 For the past fifty years, Santa Clara Pueblo sculptor Michael Naranjo has depicted the rich traditions of Native New Mexico, from dancers and animals to the spirits and memories of his people. While serving in Vietnam in 1968, he sustained severe injuries that blinded him and damaged his right hand. During his convalescence, Naranjo rekindled an early passion for sculpting, recalling his youth when he would mix clay for his mother, a potter. Naranjo creates his sculptures from memory without tools, guided by a sense of touch with his left hand and intuition alone. Unlike most art, his work is meant to be touched by the viewer. 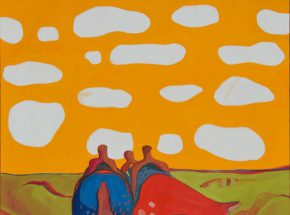