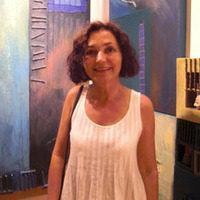 In 1978 Mirjana opened Coventry Art Gallery in Cleveland Heights and directed it until 1981. During that time and until 1983, she was an instructor of studio and commercial art, and art history at Cooper School of Art in Cleveland, Ohio. From 1983 until 1985 she was a co-director of the Interior Design Department and an art instructor at Virginia Marti Fashion Institute in Lakewood, Ohio.

Since her arrival from Yugoslavia to U.S.A. in 1970, Mirjana has been a member of a number of art organizations and has served on their Boards. She has designed sets, costumes and graphics for The Children’s Theater, Subotica, Yugoslavia, The Cleveland Public Theater, Cleveland City Dance, New Dance Ensemble, Cleveland Ballet, N.O.V.A., WZAK Radio and others. Her paintings and fiber were featured in over one hundred group shows and one-person installations, in Ohio and nationally. Slides of her work are on registry with The Ohio Arts Council. Mirjana’s fiber art, paintings, a 3-D installation and a glass mosaic are included in numerous private, public and corporate collections.

Mirjana and her husband Branislav are principals of Ugrinov Associates, Inc. a space planning and design firm where she is closely involved in design of commercial interiors. In 2001 the Ugrinovs established a second residence in Chicago, Illinois. 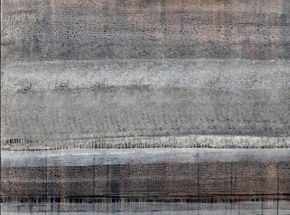