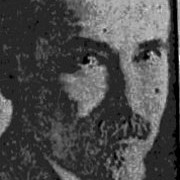 Myron G. Barlow was raised in Detroit, Michigan and remained deeply associated with that city even after he moved to France, where he lived for most of his life. His artistic career began during his teen years, when formal art training at the Detroit Museum School and at the Chicago Art Institute. He then traveled to Europe and enrolled in the Ecole des Beau-Arts, Paris in the atelier of Jean-Leon Gerome. Evidently, beginning early in his career, Barlow favored genre subjects in general, and he showed a number of these at the Pennsylvania Academy of Fine Arts, where he exhibited almost every year from 1903 to 1910. Similarly, he showed paintings at the National Academy of Design in New York in 1907 and 1916. His Parisian experience was enhanced by study at the Academie Colarossi and, in 1898, by the first of many trips to Holland. Copying paintings in the Rijksmuseum, Barlow discovered Vermeer, from whose work he derived much inspiration. Like Vermeer, one of Barlow’s favorite artistic themes became the depiction of figures, often female and usually set in an interior; frequently isolated and motionless, surrounded by a dream-like atmosphere rendered in a single, dominant tonality, often blue. Certainly some of these considerations pertain to many of Barlows paintings including, “A Quiet Moment; Knitting in the Garden”.

The artist’s sensitivity to subtle human emotion is apparent as the woman, casually strolling through the garden, is caught in a moment of thoughtful reverie. The traditional aspects of the work contrast not only with the looser, more modern brushwork that surrounds the figure but also with the very shape of the canvas itself, which is square. The isolation of this young woman and that of many of Barlow’s subjects was a reflection of the artist’s own life. Around 1900, he discovered the French vilage of Trepied in the Artois and moved there, living alone for many years. He transformed a peasant’s house into his studio and took to posing his models against a background of poppies in the bright sunlight of his garden. By 1914, it was noted that he was one of the oldest members of the expatriate colony in Trepied.

-adapted from Gert’s, Masterworks of American Impressionism from the Pfiel collection.
www.barlowgenealogy.com/Families/MyronBarlow/Myron.html 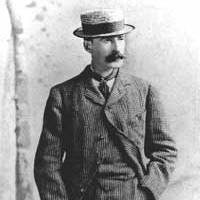 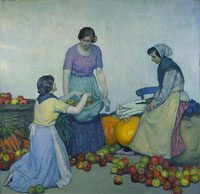 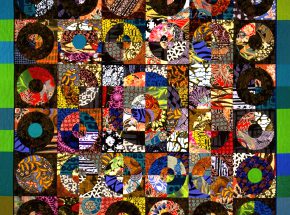 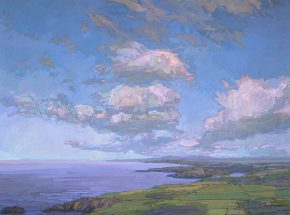 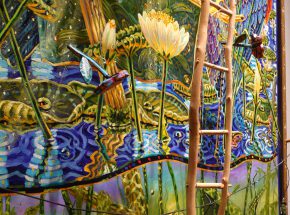