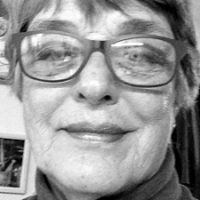 A major contemporary American printmaker and painter, Nancy Hagin received her education from Carnegie-Mellon University (BFA, 1962) and Yale University (MFA, 1964). Since that time she has taught art at such institutions as the Pratt Institute, New York (1973, 1974 & 1985), Fashion Institute of Technology, New York (1974 – present), Cooper Union, New York (1982-1992), and University of the Arts, Philadelphia (1999). During her career Hagin has received such awards as the Fulbright Grant, Rome (1966-67), Purchase Award, Butler Institute of Technology (1977), the National Endowment for the Arts Grant (1982 & 1991) and the Emil and Dines Carlsen Award: National Academy of Design (1982). In 1992, Nancy Hagin was elected a full Academician of the National Academy of Design, New York.

Nancy Hagin has now assumed her place as one of America’s leading Realist artists. With its brilliant use of reflected forms, colors and patterns “Guest Room” ranks as one of her finest works of printmaking art. 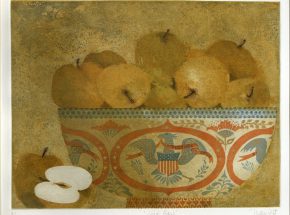 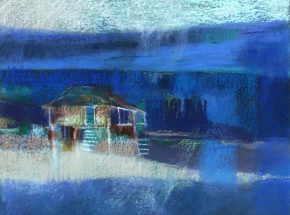 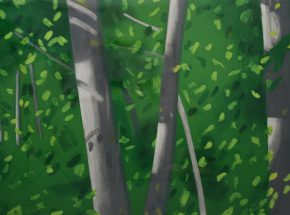