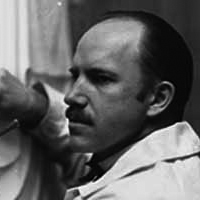 Born and raised in St. Paul, Minnesota, sculptor Paul Manship attended the Minneapolis Institute of Art. At the age of twenty he moved to Philadelphia, where he was a sculptor’s assistant as well as a student at the Pennsylvania Academy of the Fine Arts. In 1909 he won the prestigious Prix de Rome, which enabled him to study at the American Academy in Rome. While in Italy, Manship became familiar with ancient Greek and Roman art, which, in turn, inspired his own work. Returning to the United States in 1912, he gained immediate recognition for his cast bronzes, which often featured mythological subjects. Manship never fully abandoned a realistic depiction of the human figure or nature in his work; however, his forms were highly stylized and created a sense of flowing contour and rhythm.

Throughout the 1930s Manship had several exhibitions and received numerous sculpture commissions, including what is perhaps his best-known work, Prometheus, created in 1933 for the fountain in New York’s Rockefeller Center Plaza. Although abstract art became prominent after World War II, Manship continued working in his established style, and he managed to maintain a solid reputation. He was named president of the National Sculpture Society and continued to create and exhibit his sleek, refined works.