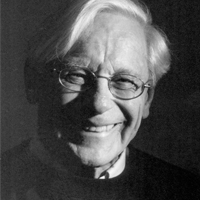 With one foot planted firmly in modern design, Lautman likewise began garnering accolades for his work in historic preservation, notably for his arresting photographs of such revered National Historic Landmarks as Monticello and Mount Vernon. He is a recipient of the American Institute of Architects’ (AIA) Gold Medal for Architectural Photography and is an honorary member of the AIA.

Lautman’s outstanding collection of more than 30,000 prints, transparencies, and negatives documents American architectural trends during the second half of the 20th century and provides a remarkable record of the D.C. metropolitan area’s growth and development.