Over the last 15 years Robert Masla’s painting has shifted to focus primarily on the landscape. Working to uncover the universal language contained within the natural world, Masla portrays what he terms “Spiritrealism”.

Using his emotional/spiritual experience and responses to natural phenomenon, the artist achieves his goals by painting the common daily setting as he sees it, filled with an aura of mystical divinity and the suggestion of their worldly experiences.

Thus the transcendental can manifest right before us – in the realm of the so-called mundane. One of the joys he has found in painting the landscape around him is to take things that we might pass by every day and bring them into focus. To see them again as if for the first time.

Masla was born in New York City. He began his formal training in painting and drawing at age eleven in the studio of Alton S. Tobey. He holds a diploma in painting from the School of the Museum of Fine Arts, Boston, a B.F.A. from Tufts University, and received his graduate degree in painting from City College, City University of New York. He has lectured and taught painting, drawing and art history at several colleges and institutions and conducts workshops from his studio and home in rural Ashfield, Massachusetts where he lives with his wife and three children. 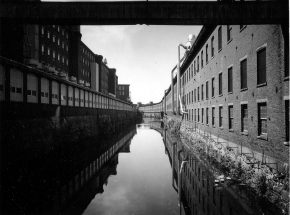