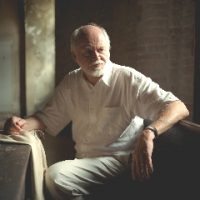 Established American painter William Bailey works in styles ranging from abstraction to super-real and is best known for his still lifes.

Born in Council Bluffs, Iowa, Bailey had a youthful vocation for drawing that led him to study with Josef Albers at Yale University. There he made friends such as Willem De Kooning and Jackson Pollock.

Bailey’s compositions break with traditional still-life paintings, with his chosen objects standing in a shallow spaces against a flat planes of color, lending them a decidedly modern quality.

Bailey has exhibited extensively in the United States and Europe and his work is found in the collections of the Whitney Museum, the Museum of Modern Art, the Pennsylvania Academy of Fine Arts and the Joseph Hirshhorn Muesum. He has won a Guggenheim Fellowship and was elected to the American Academy and Institute of Arts and Letters. Mr. Bailey has taught at Yale and the University of Indiana, and later served as Dean of the Yale School of Art, where he currently teaches painting and drawing. 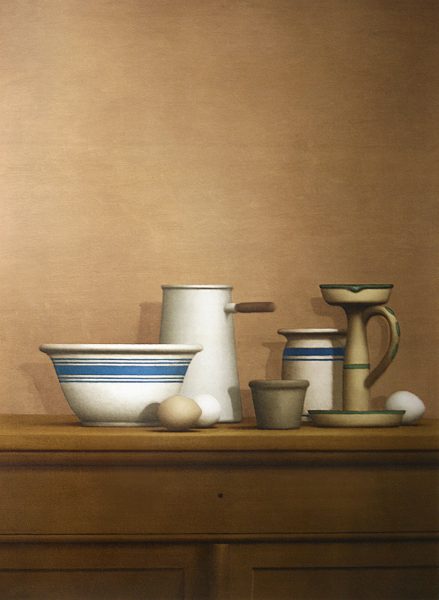 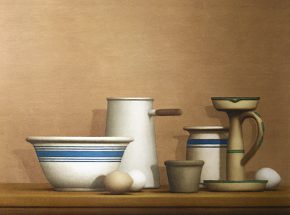 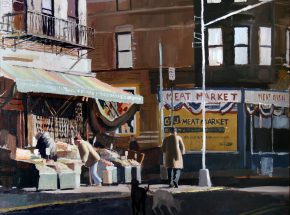