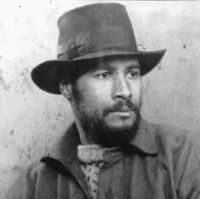 William H. Johnson (1901-1970) was one of the great American artists of the 20th century. Known primarily for his majestic Scandinavian landscapes and his witty and poignant scenes of African American daily life, Johnson has made an indelible impact on American art. Yet he is one of those rare artists whose influence can be felt beyond his art, for his life story has elements of a purely American drama which inspires and encourages anyone familiar with it.

Johnson, an African American from the rural South, overcame poverty, racial prejudice and a grade-school education to become one of the country’s leading artists. Through the force of his personality and with a steadfast belief in himself, Johnson created an art entirely his own, original and fresh.

Johnson left his native South Carolina in 1918 to study at the National Academy of Design in New York. Although he was acknowledged as the most talented artist in his class of 1926, he was passed over for a traveling scholarship, most likely because of his race. Rather than see Johnson flounder in the United States, his teacher, Charles Hawthorne, gave Johnson $1000 so that Johnson could travel to Europe. This act of faith and generosity was pivotal in Johnson’s life, for it provided the seed from which his career flourished. Johnson remained
in Europe, mainly in Denmark and Norway, for twelve years, more than half of his working life, during which time he created hundreds of works, exhibited widely and established a strong reputation.

He returned to New York in 1938 with his Danish wife, artist Holcha Krake, where he continued to paint and exhibit. After Holcha’s untimely death in 1944 and with the end of World War II, Johnson returned to Europe. Falling ill in Norway, the artist was returned to the United States in 1947 and spent the rest of his life at the Central Islip State Hospital.