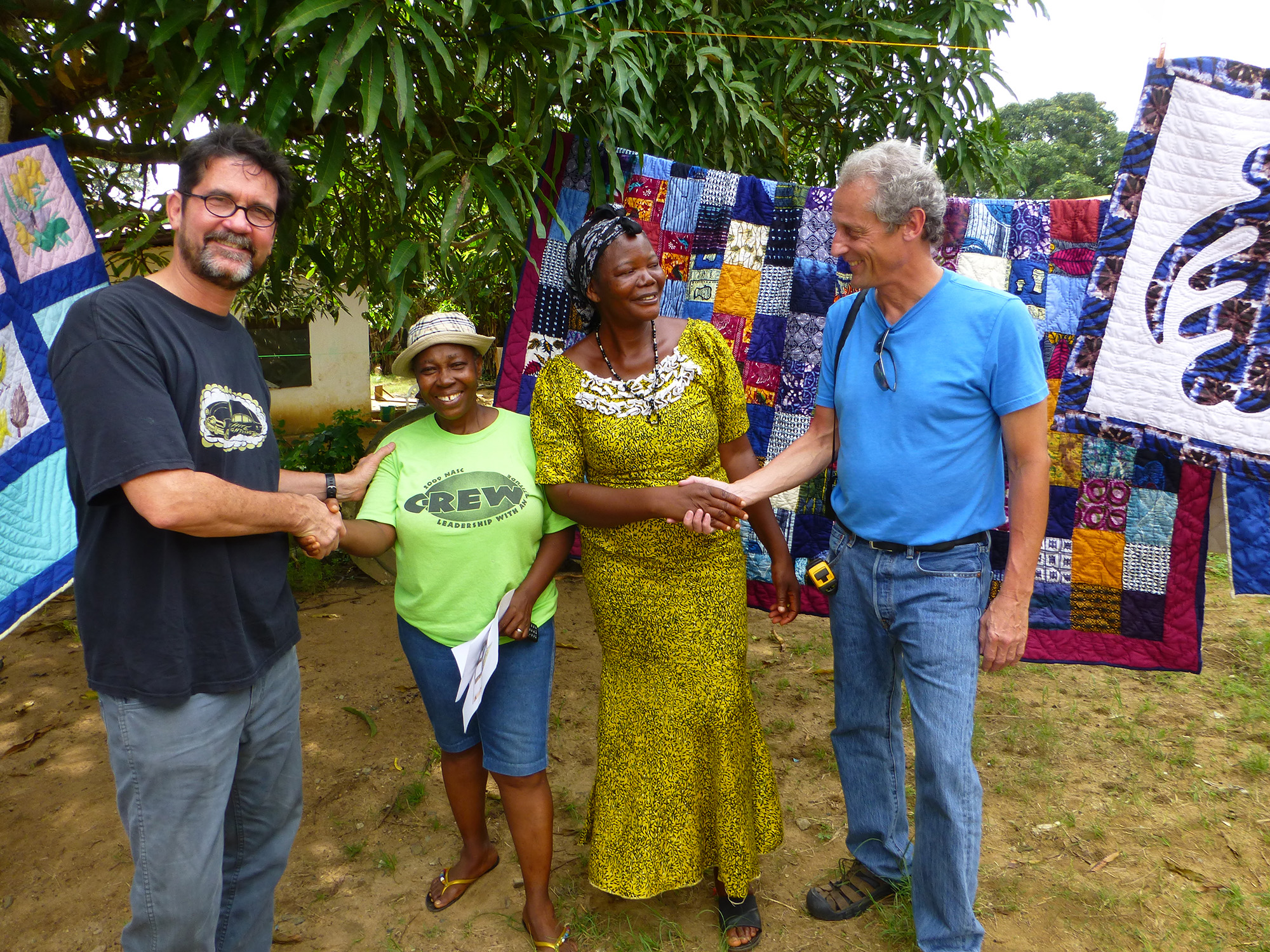 A New Monrovian Story – Story is a three-part artwork created by Workingman Collective members Tom Ashcraft and Peter Winant over the course of two years. At its core, the commission considers the relationship of play, learning and building community across generations, linking the United States Embassy and the greater Liberian Community

In May of 2014, Ashcraft and Winant traveled to Monrovia to install the sculptural part of the commission on the U.S. Embassy grounds. Four cast bronze, oversized school desk chairs populated by the national bird, the Pepper bird, evoke the folktale icon, who according to legend, shrieks each dawn until Father Night releases the people sleeping peacefully under his arms to Father Day so they can go about their daily work. The symbolism of the chairs and Pepper birds carries over into the community in tangible ways. In Wenneh Town, Kakata, Margibi County, Workingman Collective partnered with the Checago Bright Foundation (a U.S. and Liberia based non-governmental organization) to build a playground where children and families from surrounding schools and neighborhoods can gather to socialize and share their similarities and differences through play. In Monrovia, in collaboration with the Quilters Guilds, Waste Not Inc. Alice Bracewell (Sinkor), Quageh, Maude Davis (Caldwell), and a team of young women created a visual document of Story in an edition of quilts.

Based in the Washington, D.C. area, Workingman Collective is a collaborative group of artists and other professionals. While membership, goals, and missions change with each project, the core members are Tom Ashcraft, Janis Goodman, and Peter Winant. An interest in process, invention, chance, and the public guides their aesthetic approach and site research. Typically, participation alters the process, producing new information that is integrated into the art experience. Ultimately, their projects seek to generate environmental awareness, stimulate the re-identification of a population with its hometown history, and urge participants into strengthening relationships with their neighbors. Since its founding in 2005, Workingman Collective has exhibited work and created projects in the U.S., Europe, Africa, and the Caribbean.