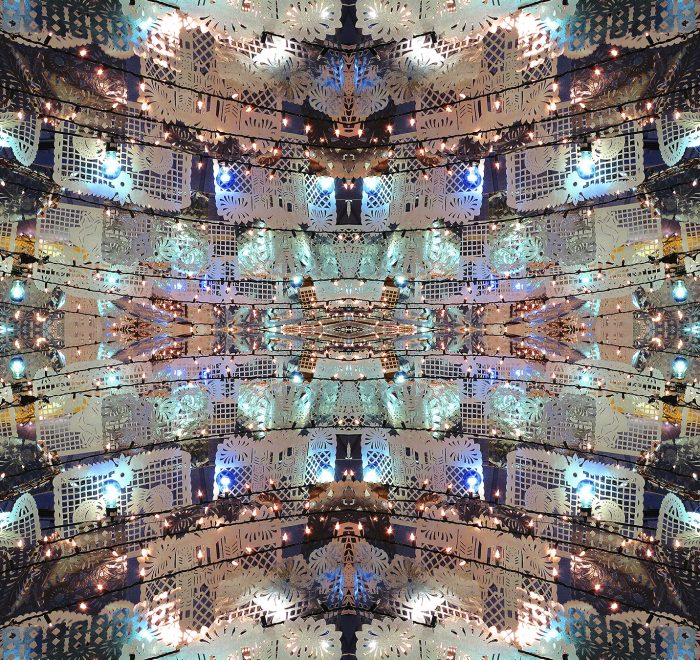 USTA.edu – A photograph by Arturo Infante Almeida, art specialist and curator of the UTSA Art Collection, is part of a permanent exhibition of works by 38 American artists in the U.S. Consulate in Tijuana, Mexico. The photo (above), “Barrio Baroque,” was selected by the U.S. Department of State Art in Embassies (AIE) program.

AIE was established by the Museum of Modern Art in 1953, and formalized as part of the Department of State by the Kennedy administration in 1963. AIE is one of the United States’ premier public private partnership arts organizations with more than 20,000 individual and institutional participants and a presence in some 200 venues in 189 countries. The art program furthers U.S. diplomacy through the power of the visual arts by expansive international cultural exchange initiatives.

“Art in Embassies reveals the rich history and cultural heritage of the United States and the experiences that we share with peoples of different countries, backgrounds and faiths. Every exhibition reminds us of the diversity of mankind and the values that bind us together,” said Secretary of State Hillary Clinton.

Almeida was born in Brownsville, Texas, in 1962. At a young age, he moved to Corpus Christi, where he became an artist and independent curator. Almeida attended Del Mar College and continued his studies in photography at San Antonio College and the Southwest School of Art.

The previous is an excerpt from an article appearing on usta.edu by Tim Brownlee. For the full article visit: http://www.utsa.edu/today/2012/06/almeidaphoto.html