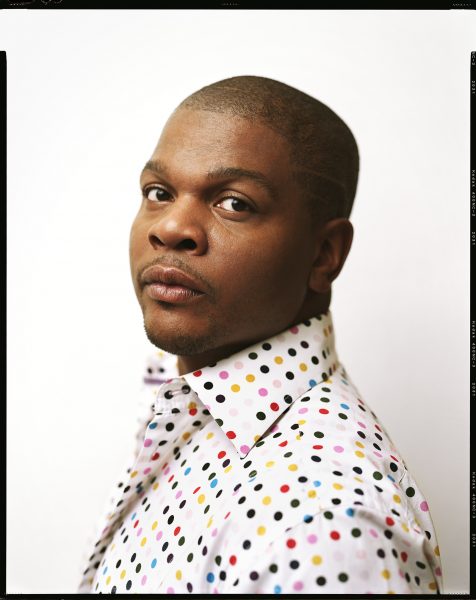 Kehinde Wiley was awarded the Medal of Art for his longtime contributions to Art in Embassies and cultural diplomacy on January 21, 2015.

Kehinde Wiley has firmly situated himself within art history’s portrait painting tradition. As a contemporary descendent of a long line of portraitists, including Reynolds, Gainsborough, Titian, and Ingres, among others, Wiley, engages the signs and visual rhetoric of the heroic, powerful, majestic, and the sublime in his representation of urban, black and brown men and women found throughout the world. By applying the visual vocabulary and conventions of glorification, history, wealth, and prestige to the subject matter drawn from the urban fabric, the subjects and stylistic references for his paintings are juxtaposed inversions of each other, forcing ambiguity and provocative perplexity to pervade his imagery. Wiley holds a Bachelor of Fine Arts degree from San Francisco Art Institute, California, and a Master of Fine Arts degree from Yale University, New Haven, Connecticut. His paintings are in the collections of over forty museums, including those of the Los Angeles County Museum of Art, the Hammer Museum, and The Museum of Contemporary Art, all in Los Angeles; The Metropolitan Museum of Art, New York City; and the Brooklyn Museum, New York, to name a few. Selected exhibitions include the National Portrait Gallery, Washington, D.C.; the Phoenix Art Museum, Arizona; the Jewish Museum, New York City; the Brooklyn Museum; and the Columbus Museum, Ohio, among others. Wiley was recently the subject of the documentary, An Economy of Grace (2014, Show of Force). Wiley is currently working on multiple projects, including a monumental painting for the new U.S. Embassy in Santo Domingo, Dominican Republic, commissioned by Art in Embassies. Wiley resides in New York.