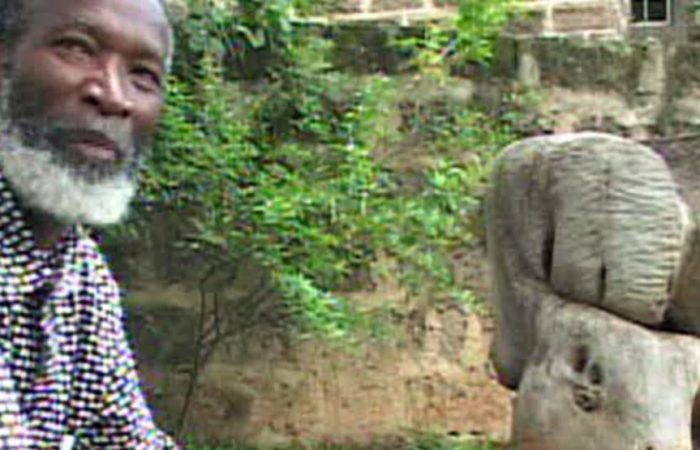 Voice of America – Kenyan soapstone carver Elkana Ong’esa has earned an international reputation for his carvings. His sculptures adorn the entrances of the United Nations building in New York and UNESCO’s headquarters in Paris. Now a new work will be unveiled soon at the United States’ embassy in Nairobi, inspired by Kenya’s recent post-election violence. Scenes of destruction, devastation and despair following the disputed Kenyan elections in late 2007, forever captured in a wooden sculpture.

The violence left a profound impression on Kenyan carver Elkana Ong’esa. “This is the face,” said Elkana Ong’esa. “There is a big crack there. That crack was left there deliberately to show the way we were split into pieces. But this same head, that same head, now we are looking at it from here, it has been cut.” Ong’esa chiseled that same passion into his 10-ton sculpture that graces the entrance to the U.S. Embassy in Kenya’s capital.

Ong’esa says the statue, titled “Dancing Birds,” acknowledges efforts by the United States and other countries to end the post-election violence. He says the statue also immortalizes peace. “The birds had to run away,” he said. “People were running away, animals were running away. So, when I am talking about peace and I am using the birds as a symbol, it is really to show that when happiness is there, when peace is there, everybody will be dancing.” Many of Ong’esa’s works incorporate bird themes. “Birds have got many different shapes which are so interesting – I enjoy those,” said Ong’esa. “Then, the music – fantastic. They make me dream about shapes in sculpture when I’m listening to their sounds and looking at them.” Ong’esa explains that birds are central to his Kisii culture and that many songs have been written about them.

Ong’esa’s Kisii area in southwestern Kenya is known for its soapstone carvings. He was born there in 1944. The high school he attended did not offer fine art as a subject, but one teacher recognized his talent and trained him. He later studied fine art at Uganda’s Makerere University, and worked for many years as an art teacher in Kisii in addition to being a sculptor.

Ong’esa’s retired from teaching in 1990, but has kept busy with his sculpting and mentoring young artists. He is also president of the Pan African Association of Visual Artists. “We want to see how African art can be appreciated all over the world,” he said. “We are in the process of creating a website, a website that will portray the real values of African art, bring the old, the present and the future in terms of art. We are trying to see how museums in Africa can enhance the collection of African art. Can they support African artists, can they support young artists?” Ong’esa says one of his passions is to raise the profile of Africa artists at home and in the world.

Please watch the video at: http://www1.voanews.com/english/news/africa/east/Kenyan-Carver-Elkana-Ongesa-to-Unveil-New-Work-at-US-Embassy-in-Nairobi-94529874.html