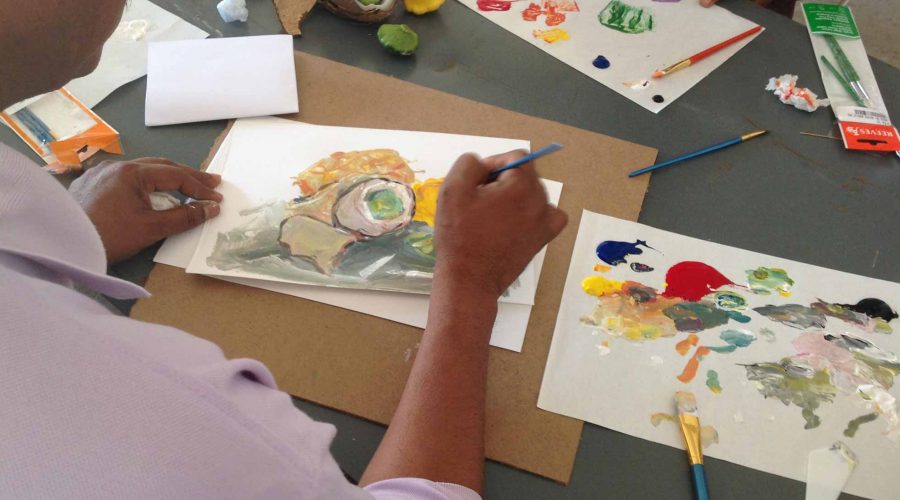 All Africa – Maun — Okavango Artists Association (OAA) members have received training on abstract art expressions from three American experts at Nhabe museum in Maun recently. In an interview, the OAA chairperson, Ompatile Sebuelo said they requested professional artists from USA through the American Embassy to impart skills to their members. Sebuelo noted that training was crucial to enable artists to compete internationally. He said artworks were not judged on talent only but one had to produce artwork that conveyed a message and the artists themselves had to be eloquent to sell their products when need arose.

“We want to close the gap between the amateur and professional artists,” he said.

Sebuelo said the OAA had experienced growth over the years in skills development and an increase in sales.

However, Sebuelo said there was a challenge of lack of skills presentation, adding that many artists were concentrated in a few fields of art while art was diverse and some areas were unexploited.

The official opening of the art exhibition was yesterday and they had partnered with schools’ art teachers to sharpen their skills since they groomed future artists.

The students’ artworks would also be part of the exhibition.

For her part, the American Embassy public affairs officer, Elena Andreotti said it was the first time for the US Embassy to bring visual artists to Botswana as part of the Maun International Arts Festival, as they previously brought musicians only.

Andreotti said bringing the artists was part of the art in embassies programme, which happened in over 100 countries in the world.

The Maun International Arts Festival, which started on October 24, was a week-long event that had various arts activities such as visual arts, writing workshop, jazz festival, poetry and others.