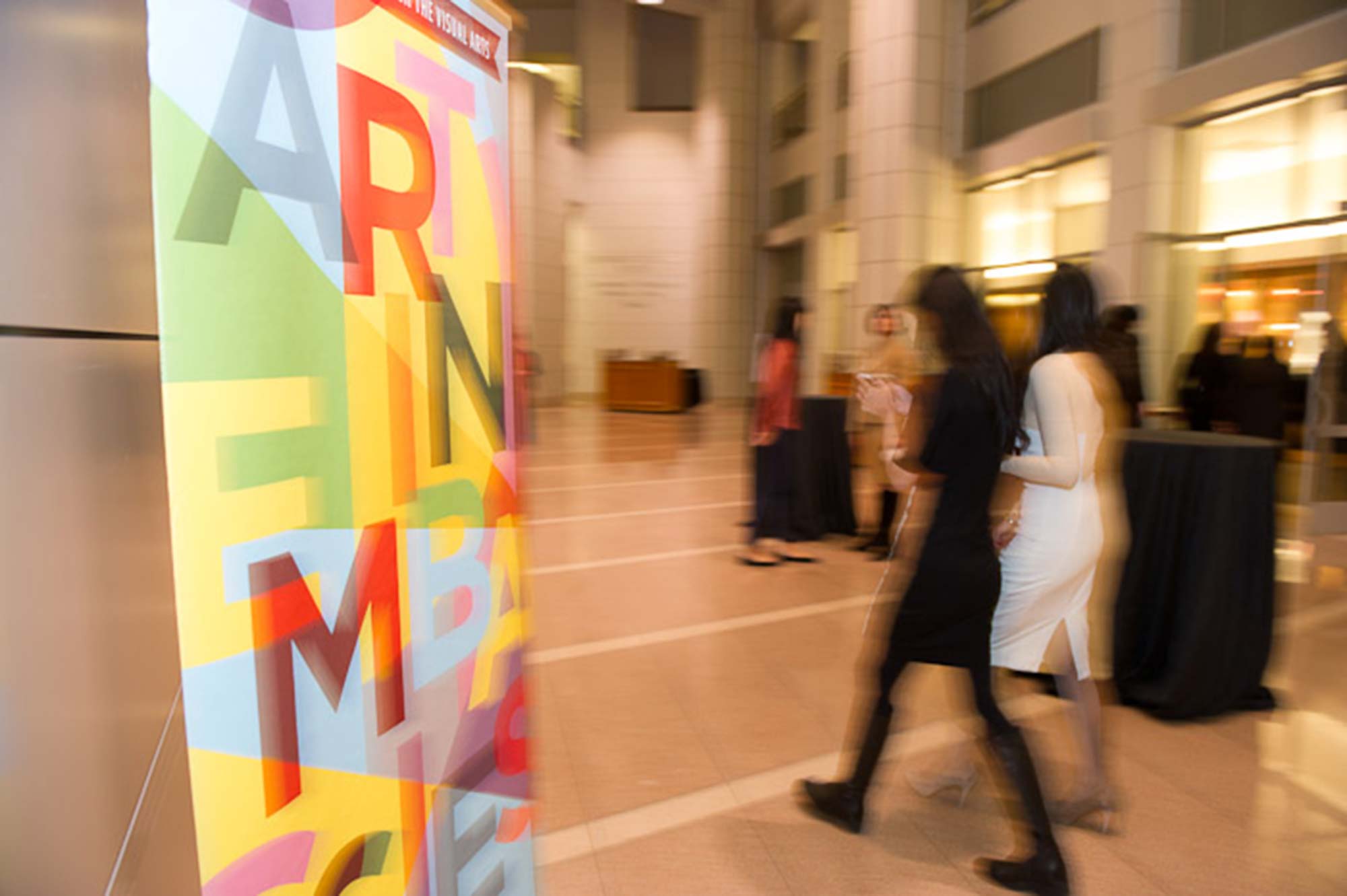 Art in Embassies Makes a Splash for 50th Anniversary

Art in Embassies Makes a Splash for 50th Anniversary – In his book “The First Resort of Kings,” Richard Arndt, a former cultural attaché with the State Department, stressed the power of art as a diplomatic tool to encourage cultural exchange despite language and other hurdles.

“The arts have always had the advantage of transcending language barriers,” he wrote. “One can admire Phidias without Greek, Van Gogh without Dutch or French, Richter or Bolshoi without Russian, or Bartok without Hungarian.”

For the past 50 years, Art in Embassies has been speaking the universal language of cultural diplomacy.

The program, a public-private partnership established by John F. Kennedy in 1963, has been sending artists and their works to U.S. missions across the globe as part of an initiative to foster U.S. public diplomacy through art. According to the State Department, more than 10,000 pieces have been placed in over 200 ambassador residences, embassies and consulates overseas — from Bucharest to Beijing to Bamako. Professional curators create and ship about 60 exhibitions abroad each year, and since 2003, more than 58 permanent collections have been installed in the department’s diplomatic facilities throughout the world.

To coincide with the program’s golden anniversary, Secretary of State Hillary Clinton presented five artists — Cai Guo-Qiang, Jeff Koons, Shahzia Sikander, Kiki Smith, and Carrie Mae Weems — with the first-ever Medal of Art, awarding them for their contributions to a continued cross-cultural, artistic dialogue throughout the years.

The medal ceremony luncheon, held Nov. 30 in the Benjamin Franklin Room of the State Department, was part of a jam-packed celebration that included a discussion with the artists at the Ronald Reagan Building as well as an elaborate party at the Smithsonian’s Kogod Courtyard next to the National Portrait Gallery organized by Art in Embassies Director Beth Dozoretz, a longtime Clinton supporter.

Carrie Mae Weems talks to the audience at the Ronald Reagan Building, where the five honorees spoke about the Art in Embassies program, a public-private partnership spearheaded by the State Department.

That soiree, held the same night as the Arthur M. Sackler Gallery’s big 25th anniversary bash and a White House dinner for campaign donors, still attracted a bevy of administration and government officials, including Clinton. In all, some 700 guests fêted until the wee hours in the glass canopy-topped atrium, which was filled with a tower composed of Benjamin Moore paint cans, a crayon pyramid and other artistic creations.

In fact, earlier in the day, one of the honored artists, Cai Guo-Qiang, exploded a 40-foot pine tree outside the Freer Gallery of Art on the National Mall using his signature blend of pyrotechnics and gunpowder.

Each of the five honorees work in a variety of disciplines, from Guo-Qiang’s use of pyrotechnics to create smoke-filled illusions, to Jeff Koons’ stainless steel pop art sculptures, offering larger-than-life metallic balloon animals, inflatable toys and human beings.

“Each of them has delighted imaginations for decades. And they truly are living testaments to the timeless and unending human urge to create and connect. So they provide us with another language of diplomacy, one that evokes our universal aspirations as human beings, our common challenges, and our responsibilities for thinking through and addressing the problems that we face together,” Secretary Clinton said at the luncheon honoring the medal recipients. “From Beijing to Monrovia, even here in Washington, these five artists have contributed works of art that are the building blocks of this shared language.”

The artists expanded on this conversation when they sat down with Museum of Modern Art (MoMa) Director Glenn Lowry and a full audience on Nov. 30 at a wide-ranging discussion hosted the Woodrow Wilson International Center for Scholars, the Aspen Institute, and the Ronald Reagan Building and International Trade Center.

Guo-Qiang, Koons, Sikander, Smith and Weems talked about everything from the human condition to how artists can act as vessels for public diplomacy.

Jane Harman, director, president and CEO of the Woodrow Wilson Center, kicked off the discussion by reflecting on the power of art, a power she witnessed while serving in Congress for more than 15 years.

“What is so little understood is how important culture is as a foreign policy tool, and how underutilized it is as a foreign policy tool. I served in our Congress for nine terms … and I know from the travels I made in Congress all over the world … how critical this program is to showcase what America stands for in our embassies, and how important art is as an education tool, as a way to knit civilization together everywhere in the world.”

In addition to securing pieces of art for diplomatic facilities — typically multimillion-dollar works acquired for a fraction of the cost thanks to private donors and groups such as the Foundation for Art and Preservation in Embassies (FAPE) — Art in Embassies organizes exhibits and other events at U.S. missions featuring both U.S. artists and artists from the host countries. In fact, over the last decade, more than 100 artists have traveled to countries participating in the Art in Embassies’ exchange programs and collaborated with their local counterparts to produce works now on display in embassies and consulates.

Pakistani-American artist Shahzia Sikander’s work is now on display at the U.S. Embassy in Pakistan. Her piece, “I am also not my own enemy,” fuses the traditional with the modern to create two large-scale paintings with the title imprinted in Urdu across the canvas.

“I think a lot of my work is really also about translation,” she told the D.C. audience. “The distance between the idea of the original and what may be an interpretation … what is that distance? And I think that even in this particular work, ‘I am also not my own enemy,’ it opens up that dialogue. Who is the enemy here or not?”

In addition to promoting cross-cultural dialogue, an underlying thrust of the program is to make U.S. embassies — derided in recent years as fortresses because of security concerns — more welcoming and emblematic of American values. Art can also pry open closed-off regimes.

Kiki Smith, whose exhibits grace embassies from Mumbai to Stockholm, Rome to Istanbul, spoke about art’s ability to break barriers.

“Creativity is fluid, and it’s a vehicle,” she said. “It seems to me that art is a space that keeps demanding that the depth of our human consciousness gets to have expression, in particularly within the bounds of societies that are often restrictive and constrictive, that art keeps chopping out space, and has this ability to move and be fluid from different cultures.”

“Secretary Clinton praised all the honorees for showing a new side of America to foreign audiences and, perhaps, influencing them in the process.

“Just think of what each of these artists means for people yearning to express themselves,” she said. “That young artist living under a repressive regime, that budding painter who’s not quite sure where he or she fits in. Now, not all of these people will ever meet any of these artists, but they will learn about them and themselves, maybe even know something of their spirit, and tap into a deeper level of inspiration, because they will encounter their works.”

Article by by Joe Corcoran for the Washington Diplomat.