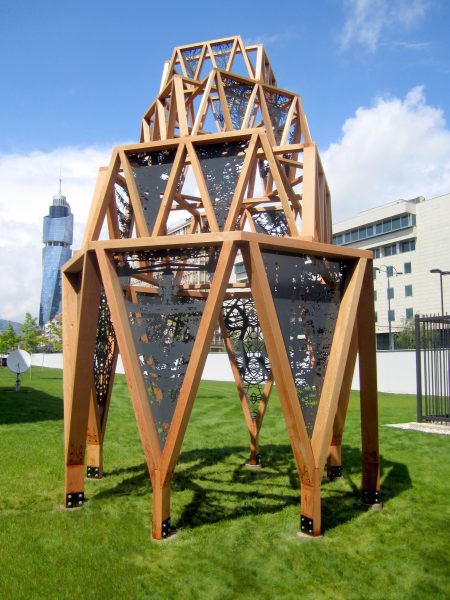 Ambassador and Mrs. Moon hosted representatives of the BiH art community October 25 at their residence to celebrate ART in Embassies program exhibits at the Ambassador’s Residence and New Embassy Compound in Sarajevo. Ambassador Moon told guests “Promoting the arts and connecting people through the visual arts advances freedom of expression and invites an exchange of ideas. The arts intrigue, educate and connect—playing an ambassadorial role as important as that served by traditional diplomacy.”

The reception was widely covered in BiH television, print, and online media. State-level public broadcaster BHT quoted Ambassador Moon saying he was very pleased he could share the art collection with citizens of BiH while other outlets focused on Moon’s comments on “the wealth of creativity and talent in the arts community in BiH.

Look at the art collections in the Ambassador’s residence and at the new U.S. Embassy in Sarajevo here: