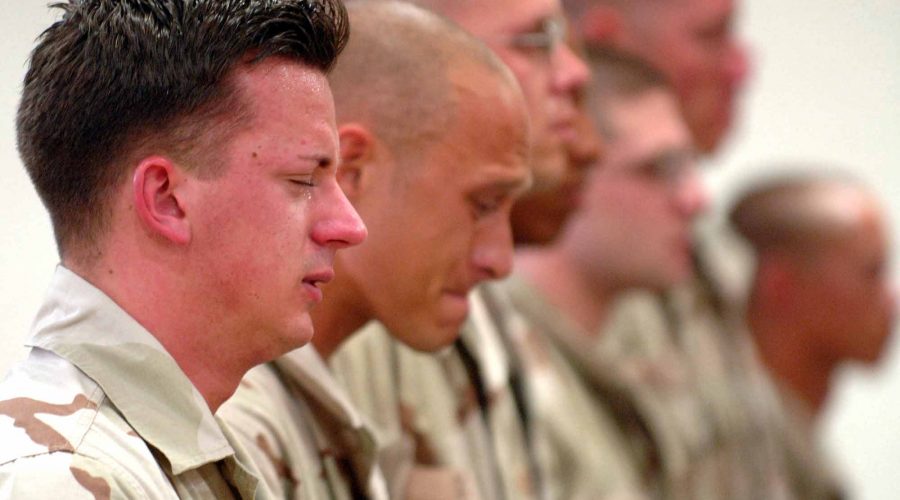 If you’ve ever wondered what a deployed husband, wife, father or mother has seen overseas, there’s an opportunity to look “through their eyes.” The Defense and State departments issued a call-out on Veterans Day 2011 for current and former military and civil service members to submit their images to the “Serving Abroad … Through Their Eyes” photo contest. After a year, 3,267 photographs, 161 finalist photos and 89 finalist photographers, a collage of stories finally came together. “There are photos I have taken that sometimes just strike a chord and stick in my memory. This is one that I have always had a strong connection to,” said Air Force Tech. Sgt. Joshua Strang, a finalist photographer stationed at Fort Meade, Md. He is one of three airmen who qualified in the Best in Show category with 11 other photographers. The photographs depict stories of friendship, places, faces, loss or triumph, a view into complex situations, diversity and courageous work performed by America’s heroes throughout the world. Military and civil service members were allowed to submit more than one photo, as long as the photo was taken from the year 2000 on. The first panel of eight judges selecting the finalist photos included Elizabeth Krist, senior picture editor at National Geographic magazine; Jeremy Lock, the Air Force’s six-time recipient of Military Photographer of the Year; and Martha Raddatz, chief foreign correspondent at ABC News. The second panel of six judges, who had more than two weeks to choose the Best in Show images, included two former secretaries of state: Madeleine Albright and Colin Powell; three former chairmen of the Joint Chiefs: retired Gens. Richard Myers and Peter Pace and Adm. Mike Mullen; and NBC News’ David Gregory. “At the end of the day, these 161 were undeniably the best photographs our panel of judges had seen,” said Dabney Kerr, the public affairs specialist for Art in Embassies, a State Department initiative to exhibit art in more than 200 embassies worldwide. “After they were picked, we let all 161 run on a projection screen for just a few seconds. … It was such a moving and chill-producing experience. These images are remarkable,” Kerr said. Strang said he remembered his 2006 photo shoot vividly, taking him back to that exact moment each time he views the photo. “I was doing a pretty good job of keeping it together until this moment. The unit was standing as they were doing a roll call,” he said. “When they started to call the names of the two fallen airmen, I lost it as well as the members of the unit. I remember taking this photo, tears and my nose both running all over my face and on the back of the camera. I snapped this photo and I feel it truly conveys the loss these guys felt for their buddies,” he said. Another Best in Show finalist, Master Sgt. Cohen A. Young, said it has been an honor to have his 2008 photo selected for such an award because even as a military member, awards are not something on his mind. “My mission was to show that there was change going on in Iraq and that the Iraqi people liked us being there. I believe I was able to do that,” he said. “There were many that didn’t come home during my time in that area, and I feel that I was fortunate to have made it back home.” Tech. Sgt. Francisco V. Govea II of March Air Reserve Base, Calif., was also a Best in Show finalist. The 89 finalist photographers will receive a certificate signed by the director of Art in Embassies, Beth Dozoretz, and chief curator Virginia Shore. The Best in Show honorees were announced on Veterans Day and were honored in a private ceremony at the Pentagon on Nov. 30 with plaques signed by Defense Secretary Leon Panetta and Secretary of State Hillary Clinton. The goal was to display the Best in Show images on the Verizon Center’s 7th Street video marquee in Washington, D.C., from Nov. 28 to Nov. 30 as part of the Art in Embassies 50th anniversary commemoration. However, there were some last minute technical issues that came up in displaying the images on the video board, and the marquee display was canceled, according to a spokesperson from the Verizon Center. “We’re hoping to have all 161 images showcased at the State Department, hopefully sometime in 2013,” Kerr said. Kerr also said it’s possible the exhibit will travel to multiple embassies worldwide. The Art in Embassies program was established as a State Department initiative in 1963 by President Kennedy to create cross-cultural dialogue and artistic exchange through the dynamic visual arts. Today, the public-private partnership includes more than 20,000 participants globally, including artists, museums, galleries, universities and private collectors, and encompasses more than 200 venues in 189 countries. The “Serving Abroad … Through Their Eyes” exhibit can be seen atwww.3.84.169.44 under the “50th Anniversary” section. Courtesy Air Force Times By Oriana Pawlyk – Staff Writer Posted : Thursday Dec 6, 2012 9:00:45 EST