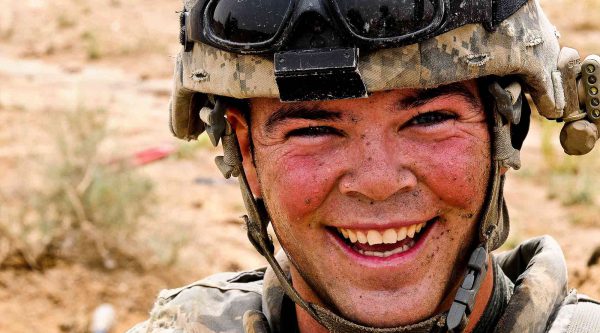 Serving Abroad…Through Their Eyes Best in Show Announced –
In commemoration of Veterans Day, the U.S. Department of State’s Office of Art in Embassies (AIE) and the U.S. Department of Defense proudly announce the 12 “Best in Show” featured in AIE’s 50th anniversary “Serving Abroad…Through Their Eyes” photography exhibition. A year ago on Veterans Day, Military, Civil Service and Foreign Service personnel were invited to submit photographs illustrating their life while serving abroad. More than 3,200 images were submitted, from which 161 finalists were chosen; ultimately, the 12 “Best in Show” were identified. These photographs, selected by a panel of distinguished photo-journalists, depict themes of friendship, places, faces, loss or triumph, providing a window on the complexity, diversity and courageous work performed by America’s heroes throughout the world.

The “Best in Show” photographers are listed below:

The images will be displayed on Verizon Center’s 7th Street video marquee November 28-30 from 5:00 p.m. to 12:00 a.m. Lincoln Schatz, celebrated video artist, created a video artwork incorporating the “Serving Abroad…Through Their Eyes” images that will be on display at the U.S. Department of State on November 30, and ultimately installed as a part of the new U.S. Embassy’s permanent art collection in Kabul, Afghanistan.