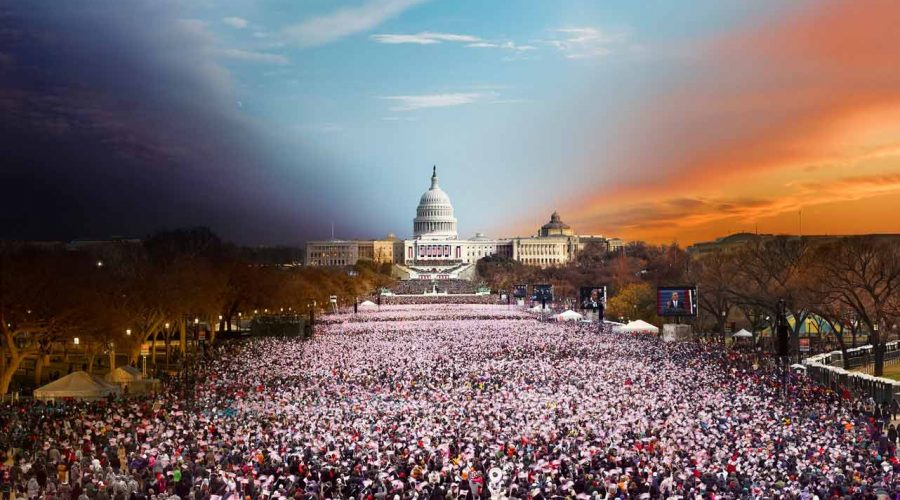 Newswire.ca – The U.S. Department of State’s Office of Art in Embassies, in partnership with the National Gallery of Canada (NGC) and the U.S. Embassy Ottawa, will welcome renowned American artist Stephen Wilkes for the fourth lecture in the Contemporary Conversations series on November 19.

Contemporary Conversations (#artconvoAIE) brings internationally recognized American artists to Canada for a series of public lectures at the NGC intended to stimulate conversation around issues that transcend borders, and topics that inspire, teach, and create connections. Works by the first four artists in the series are also included in the Art in Embassies exhibition at the residence of U.S. Ambassador to Canada Bruce Heyman and Mrs. Vicki Heyman. Wilkes’ photograph Corridor # 9, Island 3, Ellis Island (1998) is currently featured at the residence, while another of his works, Presidential Inauguration, Day to Night (2013), can be found on display at the Embassy.

Wilkes, an internationally acclaimed fine art and commercial photographer, is well-known for capturing iconic images of American spaces and places – from Ellis Island to a Presidential inauguration in Washington, D.C. This latest edition of the speaker series will be moderated by U.S. Ambassador to Canada Bruce Heyman.

“Stephen is on the cutting edge of technique in digital fine art photography, and he uses his camera and talent to preserve memories and to conserve treasures. His photographs strike me first with their sheer beauty, and then I am drawn in deeper by the subtext of the work. Bruce and I have been fans of his work for years – we continue to feel inspired by the impact of his images and how they provoke conversations that can serve as an impetus for change.” said Vicki Heyman.

“We are delighted to have Stephen Wilkes at the National Gallery of Canada as part of the Contemporary Conversations series, which has been so successful. The conversation between this accomplished American artist and the U.S. Ambassador to Canada, Mr. Bruce Heyman, promises to be engaging,” said National Gallery of Canada Director and CEO Marc Mayer.

In February 2015, Marie Watt was the first artist featured in the Contemporary Conversations series at the NGC in Ottawa. Nick Cave participated in second installment in May and Eric Fischl spoke in September.

Registration for the Stephen Wilkes lecture opened October 19. Free admission: RSVP before 12 November at rsvp@gallery.ca to reserve your spot. Please note that guests will be seated in order of arrival. Empty seats will be filled 10 minutes prior to the start of the event. There will also be a live broadcast of the event in the adjacent Lecture Hall.

More information about the series can be found at www.gallery.ca/conversations/en.

For more than two decades Stephen Wilkes has been widely recognized for his fine art and commercial photography. In 1999 he completed a personal project photographing the unrestored areas of Ellis Island: the ruined

landscape of the infectious disease and psychiatric hospital wings, where children and adults alike were detained before they could enter the United States. Through his photographs and video work, Wilkes has inspired and helped secure six million dollars toward the restoration for the south side of the island.

Wilkes’ latest body of work entitled Day to Night embodies epic cityscapes with fleeting moments captured throughout the transition from day to the night. His photographic process entails continuously shooting from one camera angle for approximately fifteen hours. A select group of images are then electronically blended into one photograph. Each photograph takes approximately four months to create.