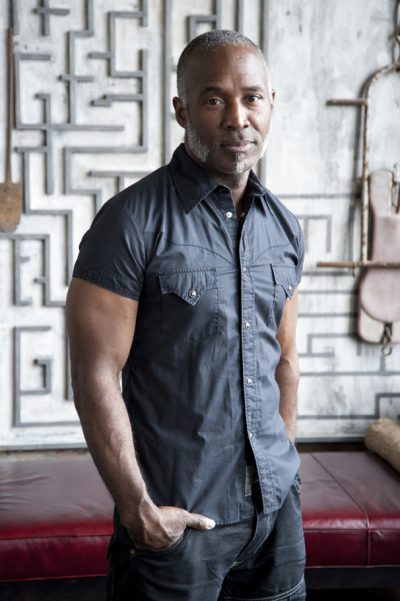 Embodying elements of performance art, sculpture, and fashion, the work of artist Nick Cave is hard to fit into one box. He’s best known for his SoundSuits, slightly silly (and scary) wearable fabric sculptures crafted from found objects like beads, fur, and flowers. Cave put this aesthetic diversity to use last January, when he traveled to Dakar, Senegal, through the State Department’s Art in Embassies program. The work he created following his trip, a large tondo made from items collected during his stay, now hangs in the American embassy in Port-au-Prince, Haiti, but he’s bringing the message of the program to Washington tonight. As part of Art in Embassies’ 50th birthday celebration, Cave is collaborating with the Town Hall Education Arts Recreation Campus for a day of activities. The program will highlight THEARC’s partnerships with the Washington Ballet, the Levine School of Music, and THEARC Theater, all of which are resident partners at THEARC. Cage might be the only person in attendance who’s created a suit that resembles a rooster-clown hybrid, but he’ll be far from the only innovator. The open house begins at 5:30 p.m. at THEARC, 1901 Mississippi Ave. SE. Free. (202) 889-5901. thearcdc.org. By Caroline Jones, Washington City Paper